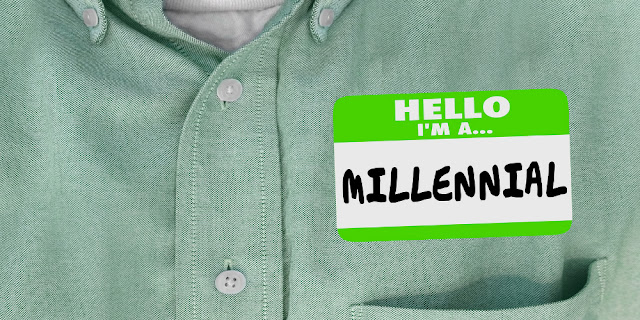 In Tablet magazine, Washington Examiner editor Park MacDougald has written an essay on what its headline calls “The New American Millennial Right.” MacDougald argues that the intellectual worlds of conservatism and of the Republican Party have been in a period of intense internal debate since President Trump’s 2016 victory, a debate that has called into question parts of what he believes had been the Republican Party consensus, such as limited government.

That Trump won despite “the conservative journalists, intellectuals, wonks, think tankers, foreign-policy experts, and consultants who turned up their noses” at his candidacy “revealed their impotence,” in MacDougald’s telling. He focuses on young conservatives, a group he thinks are particularly open to the new pathways of thought that have since opened up within conservatism, in defiance of its supposedly impotent quondam mandarins.

One can raise quibbles with parts of this argument. Members of each “impotent” group were either more open to Trump from the beginning or have accommodated themselves to him since. Some of Trump’s most unqualified wins as president could be seen as representing “consensus” conservatism: a tax cut, conservative judges, deregulation. Yet even that consensus was a bit more dubious than the word itself might suggest (which he partly acknowledges). Etc.

But I want to focus, as MacDougald does, on the young. Much of his article consists of conversations and accounts of conversations with Washington, D.C., or New York-based young people: Hill staffers, publication editors, media personalities. From these, and from his own observations, MacDougald makes the case that heretofore niche conservative ideas, such as Catholic integralism, are having a kind of moment among young right-wingers. Maybe so.

I wonder, however, how truly representative these people are of young, right-leaning opinion as a whole. It seems rather that MacDougald has simply found and interviewed younger versions of the same kinds of people he argued Trump’s victory rendered impotent. These are, in his words, “the conservative journalists, intellectuals, wonks, think tankers, foreign-policy experts, and consultants” of tomorrow (or today), in embryonic form. (Indeed, in a telling aside, MacDougald admits to being one of these people, and to personally knowing at least some of them already.) Why, then, would not some future unanticipated development render them just as impotent as their forebears?

Here, MacDougald might argue that these young are the future because they are honestly grappling with changes on the right in a way that their predecessors failed to do. Perhaps they are. But to pick on integralism for just a second (as a Catholic myself!), it is hard to argue that Trump’s 2016 election means that America is ready to become a confessional state. And, more generally, it is hard to argue that some twentysomethings in D.C. and New York thinking it is means that a sea change is incoming for the American Right.

Journalists often contest headlines; I’ve done so myself. So perhaps MacDougald will argue that his article’s headline does not quite capture what he was going for (though I’d say it does). Less contestable, however, is the apt subheadline it received: “East Coast and West Coast Straussians do battle for the soul of Trump’s America, or part of it.” Emphasis added.