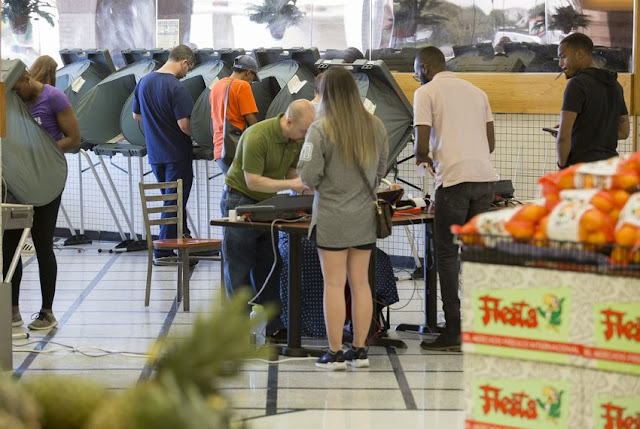 Texas counties have started seeing updates to the state’s election reporting system that will allow them to break out the vote totals needed to determine how many delegates are won by presidential contenders on Super Tuesday. The refinements to the portal used by the state's 254 counties to report results come after Texas Democrats raised the prospect of a delay in calculating delegates.

A majority of the Democratic Party's 228 pledged delegates will be apportioned based on how the candidates do in each state Senate district. The election system update will allow local officials to report returns broken out at the district level on election night, so party officials can calculate delegate totals for the myriad Democratic hopefuls. Election day is March 3; early voting begins Feb. 18.

Last week, Texas Democrats said the Texas secretary of state’s office told them that data at that level would not be available on election night because that function was not yet "built out" in the state’s new reporting system. Any delay would have complicated the party’s ability to apply the complex formula it uses to distribute 149 Democratic delegates based on votes in each of 31 state Senate districts.

State officials refuted Democrats’ claims that the data needed to calculate that delegate distribution wouldn’t be available on election night and said the data would be “reported in the same fashion” as it was in the 2016 presidential primaries, when local officials used a different reporting system.

But until last week, the state’s revamped reporting system did not allow local election officials to log that data at the state Senate district level.

In a Thursday email to county election officials obtained by The Texas Tribune, an election official with the Texas secretary of state's office informed counties that an update to the reporting system that would address that issue would be added “in the next few days.”

Several county officials confirmed to the Tribune on Tuesday that the system has since been updated. The secretary of state's office offered no comment on the update.

Without that update, Texas Democrats feared a delay in distributing 149 district-delegates that are proportionally awarded to Democratic presidential candidates who garner more than 15% of the vote in each state Senate district. The number of delegates assigned in each district is based on how those districts voted for the 2016 Democratic presidential nominee and the 2018 Democratic nominee for governor. For the upcoming primary, that number ranges from two to 10 delegates in each Senate district.