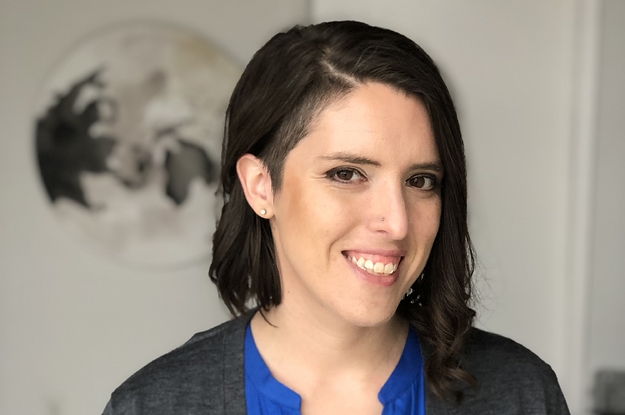 Stacy Bailey, an art teacher from Texas who drew widespread attention when she was suspended after she showed her students a photo of her alongside her now-wife, won a hefty settlement this week as part of a discrimination lawsuit brought against her former school district.

According to The Texas Tribune, Bailey was awarded $100,000 in her suit against the Mansfield Independent School District. And she has already pledged a tenth of the settlement will go toward a nonprofit that works to address LGBTQ student issues, a spokesperson for Bailey told the paper.

The lawsuit stems from the school’s decision to place Bailey on administrative leave in 2017 after she showed a photo of her and her then-fiancée, Julie Vazquez, to her students while working as a teacher at Charlotte Anderson Elementary School in Arlington.

According to the paper, Bailey was placed on leave shortly after a parent accused her of “promoting the homosexual agenda.” She was reportedly suspended for a total of 8 months and reassigned to teach at a high school.

In response to the district’s actions, Bailey, who had worked at the school for years and was recognized twice as teacher of the year, filed a lawsuit about a year later accusing school officials of discrimination based on sexual orientation.

At the time, a spokesperson for Bailey accused the school district of “sending the message that it believed LGBT teachers were not acceptable to teach elementary students.”

The school district at the time pushed back on Bailey’s claims and said that its concern was that she insisted “that it is her right and that it is age appropriate for her to have ongoing discussions with elementary-aged students about her own sexual orientation, the sexual orientation of artists, and their relationships with other gay artists.”

According to the Texas Tribune, the school district also said this week that “all parties deny any wrongdoing or liability” despite the settlement.

"All parties deny any wrongdoing or liability, but wish to resolve their disputes to avoid the time, expense, stress and other impacts of continuing litigation, which would interfere with the mission of educating the students of MISD," the district said.