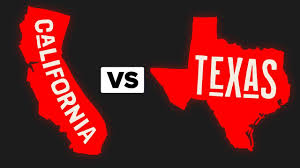 Texas has sued California over a law barring state-sponsored travel to a handful of states over laws that critics say discriminate against LGBT people.

Politico reported Monday that the lawsuit targets a law passed by the California legislature in 2016 that bans travel from state employees to any state that discriminates on the basis of gender identity or sexuality, rules that the state's Attorney General Xavier Becerra expanded to include 11 states which enforce measures that Becerra believes promote discrimination.

Several of the states targeted by the California law allow adoption agencies to bar same-sex couples from adopting children. Provisions in other states include a law allowing student organizations to bar members on the basis of sexual identity.

“We’re reviewing the complaint," Becerra told Politico. "In California, we have chosen not to use taxpayer money to support laws discriminating against the LGBTQ community.”

Texas's attorney general said Monday in a statement that the lawsuit would stop California's efforts to "divide the nation," adding that the lawmakers who passed the bill "demonstrate a disregard for the safety and well-being of Texas children."

"Texas respects and honors the religious beliefs of its citizens. California lawmakers do not. As a co-author of California’s travel ban admitted, they see religious beliefs as nothing more than 'code to discriminate against different people,'" read a news release from the Texas attorney general's office.

"Boycotting states based on nothing more than political disagreement breaks down the ability of states to serve as laboratories of democracy while still working together as one nation—the very thing our Constitution intended to prevent," added Attorney General Ken Paxton (R).