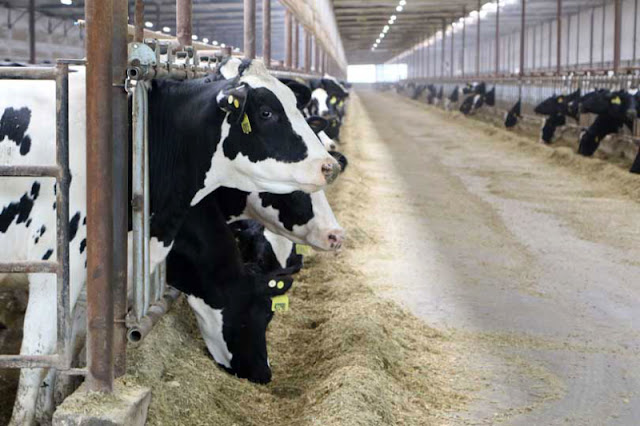 The continued growth of the Texas dairy industry shows no signs of slowing down, despite recent bankruptcy filings by Dean Foods and Borden Dairy, two of the nation’s largest fluid milk processors.

The Texas-based companies filed bankruptcy proceedings within just two months of each other, citing declining milk consumption as a key factor.

“We’ve had lots of calls about the bankruptcies of Dean and Borden and asking if the dairy industry is in bad shape,” Turley said. “And while that may be true in parts of the Midwest, that’s just not the case in Texas. We’re holding our own and have even had a couple of new plants open up over the past two years.”

Farmers and dairy plants in other parts of the U.S. traditionally known as dairy country didn’t invest in updates for many years, Turley explained. In an industry where profit margins are razor-thin, failure to innovate can cause many small losses that add up over time to force farmers and production plants out of business.

Texas is a bright spot among the U.S. dairy industry, Turley said, because dairy farmers here have long made plans with one eye on the future and kept up with technology and innovation.

“The rest of the country is where Texas was 10 years ago,” he said. “We’ve had very few dairies shut down or go out of business here. We’re fortunate that we’ve planned for future growth, and we’ve expanded production and plant capacity across the state. Texas is a younger, more aggressive market, and we’re poised to enter this next decade in good shape and to keep growing.”

Finding reliable labor continues to be a concern, but it’s another area where innovation and embracing technology is beneficial. Automating the milking process is expensive, Turley said, but negates the need for as many laborers and ensures the task gets completed.

“Working in a dairy is physically demanding. It’s a labor-intensive job,” he said. “You’re outdoors no matter the weather, and a lot of people just don’t want to do that anymore. So, automating things can really save someone’s operation. There are now dairies in Texas that are fully automated, and I’m sure many more will turn to automation to make up for the loss in available labor.”

Turley predicts more changes for the dairy industry over the next decade, including more attention to marketing and a focus on creating new products that will appeal to consumers looking for healthy options.

“For years, milk has been a loss- leader in the grocery store,” Turley said. “The milk is at the back of the store to entice shoppers to buy all sorts of other things as they make their way back there to pick up that same white jug we grew up with. There has been a decline of fluid milk consumption, true, but that’s also probably because there’s been little to no development in new product offerings.”

He pointed to Coca-Cola’s purchase of the Fairlife brand as a case study in success.

Fairlife differentiated itself from other milk brands by offering lactose-free, higher protein and lower sugar milk varieties, which are created using an ultra-filtration process. The company also makes protein shakes, flavored coffee creamers and other dairy-based products that appeal to health-conscious consumers.

“There has got to be a shift in marketing and presentation of dairy products,” Turley said. “We’re going to get there, though, and I expect Texas will help lead the way.”