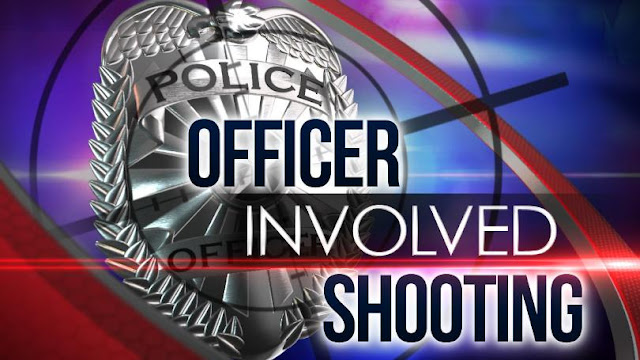 Late Thursday morning, Amarillo police officers were searching for a suspect wanted on multiple felony warrants. The suspect was located at a residence in the 1300 block of north Buchanan.

The suspect pulled a firearm and pointed it at officers. He was shot and transported to a local hospital.

Investigators identified the suspect in this incident  as 19 year old Aaron Marcos Valdez. Valdez died from his injuries.

Per APD policy, any officer involved in an officer involved shooting will be placed on administrative leave until cleared to return to work. The incident remains under investigation by the Amarillo Police Department Homicide Unit.

Tuesday evening, Amarillo police officers were sent to the Toot N Totum at 2300 Dumas Drive on a subject reporting to have been shot while in Thompson Park.

When officers arrived, they met with a 30 year old man and 29 year old woman. The victims had been in Thompson park and were approached by two men in a vehicle.

The male victim got out of his vehicle to see what the other men wanted. As the male victim turned to get back in his car and the suspects started shooting at him.

Both the male and female victims received gunshot wounds. The male was transported to an area hospital with non-life-threatening injuries and the female refused treatment.

While officers were investigating the first incident, a call was dispatched of shots fired in the 2500 Block of N. Wilson. Officers, who were already in the area for the first call, responded immediately.

A witness reported that a man had been shot. He was located a short time later in the 2500 block of Thorne.

This male victim, age 19, had been assaulted and shot on Wilson street and had run away from the suspects and made it to Thorne street. He was transported to a local hospital with non-life-threatening injuries.

Officers were dispatched to a third report of shots fired in the parking lot of the D&T Food Mart at 1712 NE 24th. Officers still in the area, responded to the scene.

The witness of the third shooting said a male subject was in the parking lot and fired several rounds from a gun into the air. No one was injured at this location.