Stocks plummet into correction amid fears of US coronavirus spread 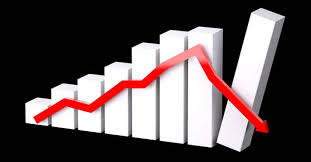 Stocks plunged Thursday amid growing concern about a potential coronavirus pandemic, sinking the market into correction territory as investors brace for the economic fallout.

Technology, travel and hospitality, and energy companies took the steepest losses Thursday as store closures, quarantines, supply chain disruptions and cancelled vacations and events threaten to wipe out their first-quarter profits. Economists at Goldman Sachs warned Thursday that corporations may see no earnings growth in the first quarter amid the scramble to contain the coronavirus.

Thursday’s brutal sell-off followed the Centers for Disease Control and Prevention (CDC) confirming the first non-travel related U.S. coronavirus case on Wednesday evening. The CDC warned Tuesday that spread of the potentially fatal virus within the U.S. was inevitable and could cause “severe disruption” to everyday life.

California Gov. Gavin Newsom (D) also announced Thursday that 33 people in the state have tested positive for coronavirus and more than 8,400 are being monitored for it. State officials previously said there were 31 confirmed cases in California, along with more than two dozen nationwide.

But the total includes the first case of coronavirus confirmed in a person who had not traveled outside of the country or came into contact with another person who contracted the virus. The CDC also initially declined to test that person for coronavirus because they did not meet its criteria.

A whistleblower at the Department of Health and Human Services (HHS) also claimed that the department sent workers to receive the first Americans evacuated from China in California during the coronavirus outbreak without proper training or protective gear, The Washington Post reported Thursday.

More than 80,000 people are confirmed to have contracted CoVid-19, the name for the infection caused by the novel coronavirus. The bulk of the cases are in China, where the virus is believed to have originated. More than 2,600 people have died from the virus, which poses the greatest threats to the elderly, children, and people with compromised immune or respiratory systems.

Public health experts say that a significant portion of coronavirus patients suffer only mild symptoms, if any, and that risk of contracting the virus in the U.S. remains low. Even so, the struggle to contain the virus and its potential spread within the U.S. have raised fears of a prolonged economic slowdown.

"We could see a significant impact on Europe, which has been weak to start with, and it’s just conceivable that it could throw the United States into a recession,” former Fed Chair Janet Yellen said at an event Thursday in Michigan, according to Bloomberg News.

“If it doesn’t hit in a substantial way in the United States, that’s less likely. We had a pretty solid outlook before this happened — and there is some risk, but basically I think the U.S. outlook looks pretty good," she added

U.S. stocks have suffered their worst week of losses since the 2007-08 financial crisis and recession amid the growing fears of a pandemic. While the sell-off has fueled fears of a severe global downturn, many economists project the virus to hinder the global economy without igniting a Great Recession-level collapse.

“Markets move sharply when fear and uncertainty are prevalent, and there is plenty of both right now. But investors should maintain a long-term focus and refrain from making decisions with long-term financial ramifications based on short-term volatility," said Greg McBride, chief financial analyst for Bankrate.com, in a Thursday statement.