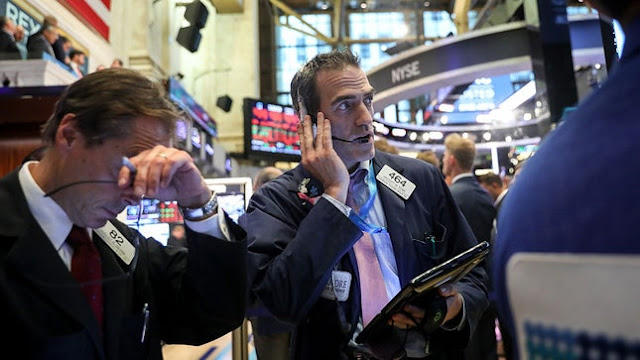 U.S. stock markets on Wednesday closed at record highs as the Federal Reserve indicated that it would leave rates unchanged for the foreseeable future.

The S&P 500 closed at a record high of 3,386, while the Nasdaq composite closed at 9,817, beating previous closes by less than a point each. Both indexes touched even higher during midday trading. The Dow Jones Industrial Average, meanwhile, was up 115 points.

President Trump hailed the rise in the markets earlier in the day as the "Highest Stock Market In History, By Far!"

Trump is relying on ebullient markets and a strong economy to bolster his reelection odds come November.

The Fed's notes from its recent meetings pointed to a slew of strong economic indicators, with continued growth and low unemployment.

But the continued spread of the novel coronavirus could spell trouble for growth in the near term, the Fed noted. The number of confirmed cases has risen to more than 75,000, and the death toll has surpassed 2,000, almost exclusively in China.

The “threat of the coronavirus, in addition to its human toll, had emerged as a new risk to the global growth outlook,” the notes indicated.

Some analysts said the markets may be dismissing coronavirus risks, meaning a reversal could be in the making as the virus continued to spread.

“We believe the greater risk is that the impact of the coronavirus on earnings may well be underestimated in current stock prices, suggesting that the risks of a correction are high,” Goldman Sachs strategist Peter Oppenheimer wrote in an analysis.