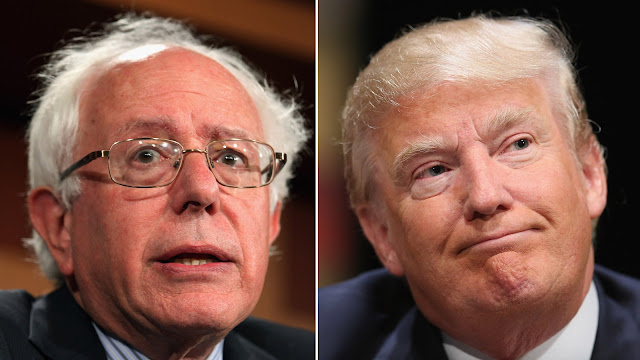 Sanders received 24 percent of the vote from potential Democratic primary voters, a jump from 12 percent in the same poll in October. Former Vice President Joe Biden, the October leader in the poll, was in second place with 22 percent of the vote, which falls inside the margin of error, and Sen. Elizabeth Warren (D-Mass.) remained in third place with 15 percent.

Former New York Mayor Michael Bloomberg was the only other hopeful polling in double digits with 10 percent.

“Most of the movement has been Sanders and Bloomberg, with Biden [holding] still,” Joshua Blank, research director for the Texas Politics Project at the University of Texas at Austin, noted. “To be unable to increase his vote share is pretty telling for Biden.”

Biden struggled in both Iowa and New Hampshire, finishing fourth and fifth, respectively.

The poll also looked at how the candidates would fare in hypothetical head-to-head matchups with President Trump.

While 52 percent of respondents said that they wouldn't vote to reelect Trump, the president still edged all of the Democratic candidates head-to-head.

Sanders had the closest matchup with the president, losing 47-45, which is within the poll's overall margin of error.

"The Trump trial ballots confirm what we’ve seen, that Trump is winning, but he clearly is under-performing, given the party profile in the state," Daron Shaw, co-director of the poll, said. "It is interesting when you put a flesh and blood Democrat up there, it drops that number, but here’s a Republican in a Republican state who’s not at 50 percent, which is a sign of weakness."