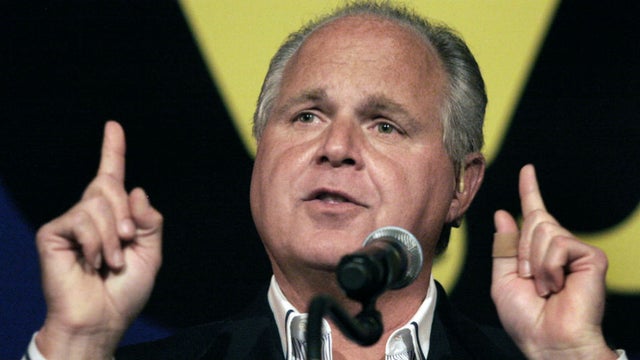 Rush Limbaugh on Monday announced during his nationally-syndicated radio show that he had been diagnosed with advanced lung cancer.

The 69-year-old radio host -- considered the most influential in radio among conservatives -- added that he will be out for the next several days as he undergoes treatment.

Limbaugh said he was experiencing shortness of breath before seeing doctors who discovered the issue.

The host said he hopes to be back on the air on Thursday.

"Every day I'm not here, I'll be missing you and thinking about you," Limbaugh said as he signed off.

Limbaugh recently signed a new long-term contract. The deal was first announced, unofficially, by President Trump at a rally in Miami on Friday.