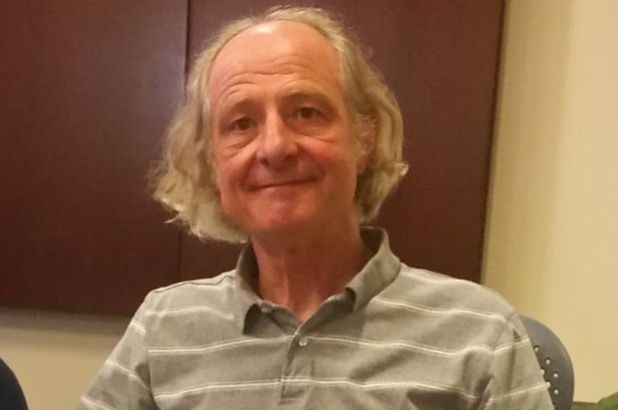 A Tuesday morning ethics seminar conducted by a professor at the University of Oklahoma’s Gaylord College of Journalism and Mass Communication ended in controversy. Peter Gade, director of graduate studies and Gaylord Family Endowed Chair conflated a racial slur to the use of “ok, boomer” and it did not end well for him.

Gade’s class, Journalism, Ethics and Democracy, is the only capstone course for journalism majors. The discussion centered around the changes in journalism related to technology and social media. Gade falls on the side of sticking to more traditional roots of journalism, which apparently sounded out-dated to some of the students. One student said journalists have to keep up with the younger generations as they continue to change. Gade then made the unfortunate mistake of comparing her opinion to using the n-word. He said her statement was the equivalent of saying “OK, boomer” to him. When one student spoke up and said the professor shouldn’t have said that, Gade tried to justify his use of the word and then changed the subject.

Multiple employees of The Daily, an independent, student-produced newspaper at the University of Oklahoma, were in the classroom. The comparison was shocking to students because this professor has no history of controversial remarks. He has been on the faculty since 1998 and is well-respected. He has helped write and edit multiple books on journalism. Gade is co-editor of “Changing the News: The Forces Shaping Journalism in Uncertain Times,” and co-author of “Twilight of Press Freedom: The Rise of People’s Journalism.”

Some students left the classroom immediately afterward, and others left once class ended and Gade kept talking over the scheduled time for the class. Students present at that time said he told the class he was sorry if he offended anyone.

Ed Kelley, dean of Gaylord College, said the first thing they wanted to do in Gaylord was meet with students, so he, associate dean David Craig and assistant dean Yvette Walker met with five students from the class afterward.

“I’m not sure that (type of language) does (have a place in the classroom),” Kelley said. “Perhaps it did once upon a time. Perhaps he was using it as an educational tool. We have no record at all of Dr. Gade, a distinguished professor who’s been on the faculty here for more than 20 years, of him ever using this term, much less any kind of other racially inflamed language.”

The n-word is a racial slur, to point out the obvious, and saying “ok, boomer” (with or without an eyeroll) is not at all the same thing. “Ok, boomer” is an ageist remark, one meant to mock a baby boomer or older person seen as out of touch with today’s world. It has nothing to do with race or ethnicity or anything else other than age. The response is popular on social media and has been diluted down to including any out-of-touch statement, regardless of the age of the people in the conversation. Baby boomers (ahem!) take it as a slap at age. This comparison has been made before, though. Also, the “joke” phrase has been pointed to as age discrimination in the Supreme Court if it is used in the hiring process.

Popularized by teenagers on TikTok last year, “ok, boomer” quickly became a one-size-fits-all retort for millennials and members of Generation Z to deploy against older adults. (It even made its way into a debate over climate change in New Zealand’s Parliament.) In November, after the meme began garnering mainstream attention from the likes of the New York Times, conservative radio host Bob Lonsberry was widely criticized for tweeting that “boomer” was “the n-word of ageism.”

The phrase casts baby boomers as out of touch and irrelevant, highlighting the divide between younger generations and those whom they blame for social and environmental problems. “We now use boomer two ways: as a term for someone born in a certain era, but increasingly as a stand-in for power, selfishness or comfortable cluelessness — traits found in people of all ages,” Holly Scott, a history professor at Piedmont Virginia Community College, wrote in The Washington Post in November.

While its proponents call it a lighthearted joke and a way of blowing off frustration, plenty of others say that singling out baby boomers is ageist. That argument even made its way to the Supreme Court in January, when Chief Justice John G. Roberts Jr. asked attorneys arguing an employment law case if using the phrase could be considered age discrimination. (The lawyers argued that if the wisecrack was made in the context of a hiring decision, the answer was yes.)

A statement was issued by the National Association of Black Journalists. They weren’t surprised “that people still don’t understand that insults like ‘ok, boomer’ do not create the same uneasiness that the historical slur [n—–] does.” The irony that this professor taught ethics was noted.

There have been racial incidents on OU’s campus in recent years but they have been within the sorority and fraternity communities. The university’s interim president, Joseph Harroz Jr. noted the professor’s First Amendment rights and academic freedom but said, the remark was “fundamentally offensive and wrong.”

Gade sent an apology in an email to students Tuesday evening, calling his behavior “inexcusable.”

“I realize the word was hurtful and infuses the racial divisions of our country, past and present,” Gade said in the email. “Use of the word is inappropriate in any — especially educational — settings. I offer my deepest and most sincere apologies. In the coming weeks, I will strive to show you that I am an instructor and teacher who is trustworthy and respectful of all. Please give me that opportunity.”

That’s really all he can do at this point. We’ll see if he gets canceled by the outrage mob or if he remains in his position.