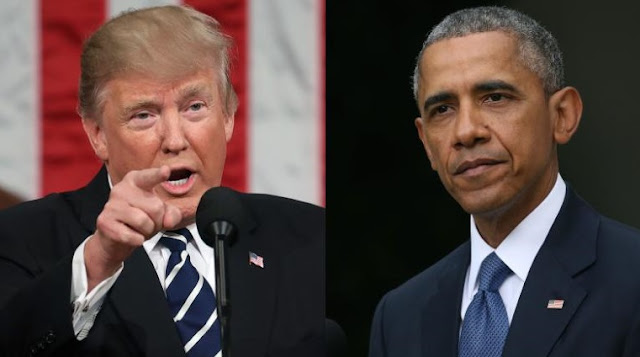 Former President Obama's attorneys say they plan to file a cease-and-desist letter over a pro-Trump group's television ad in South Carolina that attacks former Vice President Joe Biden by using a portion of Obama's book out of context.

Obama is also demanding that all South Carolina television stations immediately stop running the ad from the Committee to Defend the President, which is aimed at supporting President Trump's reelection bid.

"This despicable ad is straight out of the Republican disinformation playbook, and it’s clearly designed to suppress turnout among minority voters in South Carolina by taking President Obama’s voice out of context and twisting his words to mislead viewers," Obama spokeswoman Katie Hill said in a statement.

"In the interest of truth in advertising, we are calling on TV stations to take this ad down and stop playing into the hands of bad actors who seek to sow division and confusion among the electorate," she continued.

Hill added that while Obama is not endorsing in the primary, he has "several friends," including Biden, competing in it.

The ad uses excerpts from Obama's 1995 memoir, "Dreams from My Father," in an effort to get the attention of black voters in the state.

"Joe Biden promised to help our community. It was a lie. Here's President Obama," the ad says at the beginning.

It then uses a passage from Obama describing how the black community had been wrongfully treated in the past.

"Plantation politics. Black people in the worst jobs. The worst housing. Police brutality rampant. But when the so-called black committeemen came around election time, we'd all line up and vote the straight Democratic ticket. Sell our souls for a Christmas turkey," Obama says in the recording.

Biden campaign spokesman Andrew Bates called the ad a "despicable torrent of misinformation" in a statement to The Washington Post.

"Donald Trump and his allies are absolutely terrified that Joe Biden will defeat him in November. Trump even got himself impeached by trying to force another country to lie about the vice president," Bates said. "This latest intervention in the Democratic primary is one of the most desperate yet, a despicable torrent of misinformation by the president's lackeys."

The pro-Trump group most recently released a Spanish-language television spot in Nevada criticizing Obama and Biden on immigration.

This is not the first time Obama's aides have condemned the use of the excerpt from his book.

Another pro-Trump group, Great America Alliance, used the excerpt in an ad ahead of Georgia's special House election in 2017 to suggest that Democrats take black voters for granted.

"This spot is a fraudulent use of President Obama's voice," Obama senior adviser Eric Schultz told CNN at the time. "It is a shameful, indefensible tactic that should never be heard on the public airwaves. Deceptively using President Obama's voice to suggest people sit out of the democratic process is a form of voter suppression and it not only signals weakness, it runs counter to our American values."