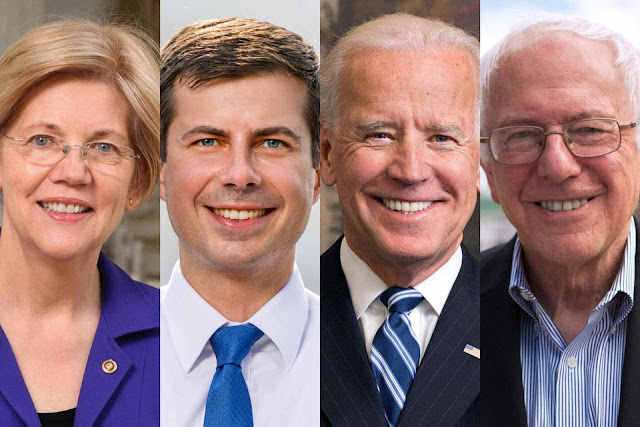 Even if the Associated Press doesn’t feel comfortable declaring a winner between Pete Buttigieg and Bernie Sanders in Iowa, we now know that the Iowa Democratic Party says 176,436 people voted in the first round of the caucus.

For Democrats, that is ominous news. That’s about what the turnout was in 2016, and well below what it was in 2008, at 240,000, when Barack Obama, Hillary Clinton, and John Edwards were in a high-stakes fight. Democrats thought that three years of Trump’s presidency — and impeachment on top of that! — would have their base extremely fired up, angry, enthusiastic, champing at the bit.

In a lengthy Medium post that compares the current political resistance to Trump to the Germans who resisted the rise of the Nazis, Beto O’Rourke writes, “We’re in the middle of a national emergency, and people are staying home.”

If people are staying home, they are not convinced that the country is in the middle of a national emergency.

There are a few reasons for Democrats to think that the “meh” turnout in Iowa may not be indicative of their grassroots across the country. First, as this past week has made abundantly clear, caucuses are complicated, convoluted, and time-consuming; some Iowa Democrats might have voted in a primary but didn’t feel like spending all of Monday night at a caucus location.

Second, Iowa is drifting red; Trump’s nearly ten-point margin of victory in Iowa in 2016 was better than his margin in Texas, Arizona, and Georgia. Some people who might have been interested in participating in a Democratic caucus may now be converted to Trumpism. (The 32,389 who participated in the noncompetitive GOP primary was a record for a year with a Republican incumbent.) Third, this is just one contest, and New Hampshire, Nevada, and the other contests could have higher turnout than Iowa did.

But that observation by O’Rourke should spur Democrats — the presidential candidates, the strategists, the national party, and their talking-head allies — to ask themselves whether the overwhelming majority of their messaging amounts to preaching to the converted. Trump’s never-great-but-surprisingly-steady approval rating suggests that while some Americans can’t stand him, there are a lot who are somewhat annoyed by him or disapprove of him but who don’t see him “a national emergency.” As Ramesh points out, Democrats talk about “a bleak economy that only works for the wealthy.” The Democrats have embraced abortion on demand under any circumstances, to effectively end enforcement of laws against illegal immigration, and to ban fracking. And as Beto himself added, “hell yeah, we’re going to take your AR-15s.”

Just putting it out there, Democrats, but have you ever considered that maybe, just maybe, that agenda has a hard ceiling of support?