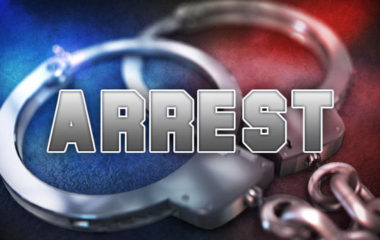 On November 10, 2018 at 10:27 pm, Amarillo police officers had just finished a call for service in the area of Amarillo Boulevard East and north Grant Street. They observed a motor vehicle collision on the Amarillo boulevard at the Grant Street intersection.

A 2008 Jeep Wrangler was southbound Grant turning onto the Amarillo Boulevard.  The Jeep was struck by a 2007 Lexus IS250 that was eastbound on the Amarillo Blvd.

A 4 year old child in the Jeep died at the scene as a result of injuries received in the collision.  The driver of the Jeep, a 20-year-old female, was uninjured in the crash.

Another passenger in the Jeep was uninjured.

The driver of the Lexus, 20 year old Kristopher Anthony Flores, was uninjured.

The Amarillo Police Department Traffic Investigation Unit found evidence in this case that showed Flores had been driving well above the posted limit at the time of this accident. On February 12th, 2020, The Potter County District Attorney’s office issued warrants for the arrest of Flores for the charges of manslaughter and injury to a child.

Investigators worked with the US Marshal Service and located Flores in Cactus, Texas. Flores was arrested on his warrants and booked into the Potter County Detention Center.