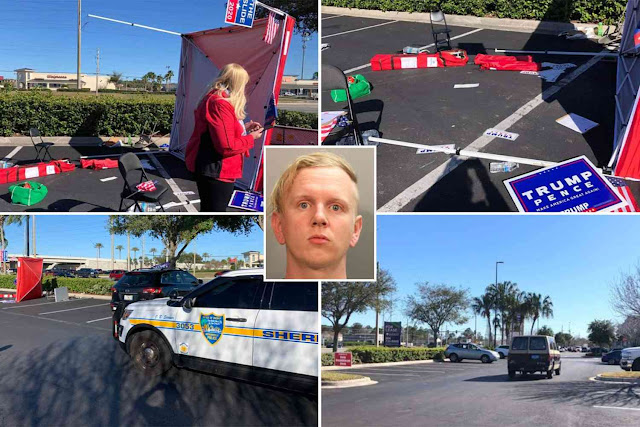 Police are investigating after a man drove a van through a tent in a Jacksonville, Fla. Walmart parking lot Saturday, targeting Trump campaign volunteers.

The Jacksonville Sheriff’s Office said it arrested Gregory Timm after the incident, which did not result in any injuries. Timm was charged with criminal mischief, aggravated assault and driving on a suspended license, the sheriff’s office tweeted early Sunday morning.

An investigation is ongoing into whether the incident was politically motivated, law enforcement officials told CNN affiliate WJXT, adding that Timm recorded a video and gave the six volunteers inside the tent the finger after he stopped driving.

The Duval County Democratic Party, meanwhile, tweeted, “No one’s life should be placed in danger for exercising their first amendment rights” and blasted the “cowardly act of violence.”