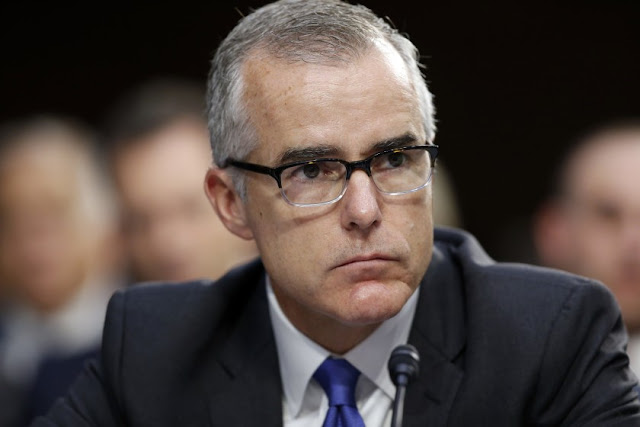 The Department of Justice (DOJ) will no longer pursue criminal charges against former FBI Deputy Director Andrew McCabe, closing a high-profile case against the former official whose conduct during the 2016 election came under intense scrutiny.

"We write to inform you that, after careful consideration, the Government has decided not to pursue criminal charges against your client, Andrew G. McCabe, arising from the referral by the Office of the Inspector General (OIG) to our Office of conduct,” wrote two officials from the D.C. U.S. Attorney’s Office. "Based on the totality of the circumstances and all of the information known to the Government at this time, we consider the matter closed."

Lawyers for McCabe — Michael Bromwich and David Schertler — celebrated the news, saying that McCabe and his family "can go on with their lives without this cloud hanging over them.”

“We learned this morning through a phone call from the D.C. U.S. Attorney’s Office that was followed by a letter that the Justice Department's criminal investigation of Andrew McCabe has been closed," they said.

"This means that no charges will be brought against him based on the facts underlying the Office of the Inspector General’s April 2018 report. At long last, justice has been done in this matter. We said at the outset of the criminal investigation, almost two years ago, that if the facts and the law determined the result, no charges would be brought."

McCabe was fired from the FBI by then-Attorney General Jeff Sessions, after DOJ Inspector General Michael Horowitz provided a recommendation to an internal FBI office that said McCabe was not forthcoming during interviews with federal investigators and that he "lacked candor — including under oath — on multiple occasions."