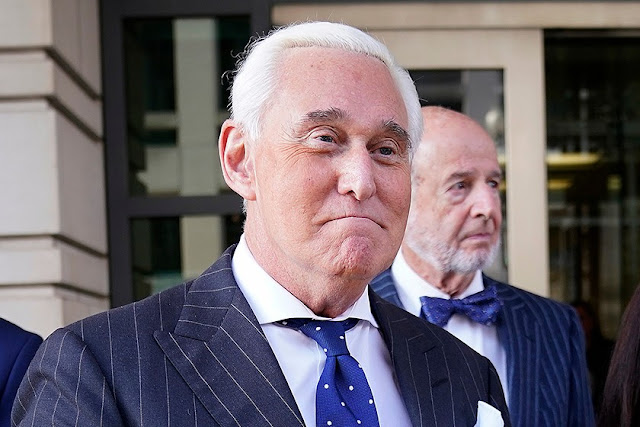 A federal judge on Tuesday refused to delay Roger Stone's sentencing amid the fallout over the Trump administration's decision to intervene in the case against the president's longtime ally.

The sentencing will move forward on Thursday at its originally scheduled time, the judge said, despite a new effort from Stone's defense team to get a new trial.

"I think that delaying this sentence would not be a prudent thing to do under all of the circumstances," U.S. District Court Judge Amy Berman Jackson, an Obama appointee, said during a telephone conference with the two sides.

The original team of prosecutors withdrew from the case last week after the Justice Department reduced their sentencing recommendation of seven to nine years in prison for Stone, who was convicted in November of lying to Congress and witness tampering.

Stone's defense team asked for a new trial in a sealed motion filed last week. It asked the judge on Tuesday to delay sentencing while she decides whether to grant a new trial. The new prosecution team, from the U.S. Attorney's Office in Washington, D.C., argued in favor of moving forward with the sentencing hearing as planned.

Jackson said that she has not decided whether to have a hearing on the defense motion, but said that it would be best to move forward with Thursday's hearing and delay the sentence from going into effect until the motion is decided.

It's unclear what grounds Stone's legal team is citing in its request for a new trial, but one of the lawyers acknowledged last week that it was investigating the social media activity of a member of the jury.

Right-wing Stone supporters seized on posts from Tomeka Hart, who served as foreperson for the trial jury, as evidence of bias against the administration after she came forward last week in defense of the prosecution.

“Mr. Stone and his defense team are diligently reviewing the newly reported information to determine any appropriate next steps,” attorney Grant Smith said.

President Trump has ratcheted up attacks on the original prosecution team, which included members of former special counsel Robert Mueller's office, calling the case illegitimate. On Tuesday morning, he suggested suing the officials behind Mueller's investigation.

"Everything having to do with this fraudulent investigation is badly tainted and, in my opinion, should be thrown out," Trump wrote on Twitter.