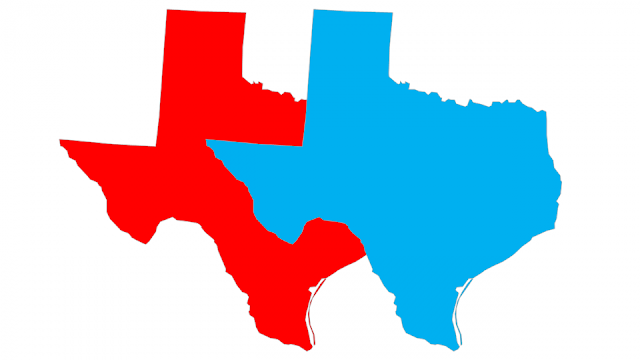 This is not the same place it was, in lots of ways.

That Texas was making a turn from midcentury to modern, a transition captured in some ways by the race for governor between Ann Richards, who was talking about “a New Texas,” where people who weren’t white and male could participate in politics and business and culture on an equal basis, and Clayton Williams, the Midland oilman who died last week, whose appeal was to return Texas to a nostalgic idea about the good old days.

The Texas we’re living in now has almost twice the population of the Texas those two sought to govern. Still, Texas politics then and Texas politics now have something in common: uncertainty.

In 1990, Texas was in transition. Democrats had the majority of the seats in state government, but their power was eroding quickly and the political pendulum was swinging to the Republicans. When the elections were over, Richards had won, along with fellow Democrats in most of the other statewide seats. But Republicans won some, too, including Phil Gramm, reelected to the U.S. Senate, and Kay Bailey Hutchison and Rick Perry, who beat Democrats to become treasurer and agriculture commissioner.

In 2020, the Republican hold on state government that began in the 1990s is beginning to shrink; in 2018, Democrats snatched two congressional seats from the GOP, along with a dozen seats in the Texas House. On top of that, the Republicans who swept into statewide offices won by tighter margins than usual. The current election cycle is an acid test of sorts — to determine whether 2018 was a sign that the pendulum is moving again, or whether it was just one of those things.

The most recent University of Texas/Texas Tribune Poll found more evidence of deep divisions between Democratic and Republican voters on guns, immigration, refugee resettlement, income equality, health care and public education. And it revealed some potential weaknesses at the top of the Republican ticket.

Texans remain split when asked whether President Donald Trump should be reelected, with 48% saying they’ll vote for him again (40% said “definitely) and 52% saying they will not (including 47% who said “definitely not). In hypothetical head-to-head matchups with some of the Democrats seeking their party’s nomination, Trump was in front every time. But not by much: His margins in those trial heats ranged from 2 to 5 percentage points — not the strong advantage a sitting Republican president might expect in what has been a solid Republican state.

It’s not all roses and chocolates for the Democrats, either. In a U.S. Senate race that has attracted a dozen contestants, MJ Hegar — the best known candidate — remains unknown to 69% of self-identified Democratic primary voters. Only 31% said they have heard of her, and the numbers were worse for her opponents in that primary. Not surprisingly, most Democrats said they haven’t picked a candidate in that race; pressed to say how they would vote if they had to, 28% looked at the list and said “someone else,” and 6% refused to say what they’d do.

Not everything was uncertain in the UT/TT Poll. Texans think property taxes are too high. Large majorities of every subgroup — Democrats, Republicans, women, men, educated and not, and so on — said criminal and mental health background checks should be required for all gun sales, including at gun shows and between private parties.

And if you accept the idea that the electorate isn’t unanimous, the viewpoints of Democrats and Republicans remain fairly certain as well. A majority of Republicans, for instance, list either border security or immigration as the most important problem facing the state, following a pattern revealed in earlier surveys. Democrats put political corruption/leadership at the top of the problem list, followed by health care.

Likewise, Democratic voters in Texas remain unhappy with the health care system, while 55% of Republicans say they’re satisfied with it. That, too, is a familiar pattern.

Some of those issues were around in different forms when Richards was beating Williams in 1990. And that election clarified a lot of speculation about the state’s changing politics. The 2020 elections promise to do the same thing — to show whether Texas politics are becoming more competitive, or changing in some other way. To test, in short, whether 2018 was just one of those things.