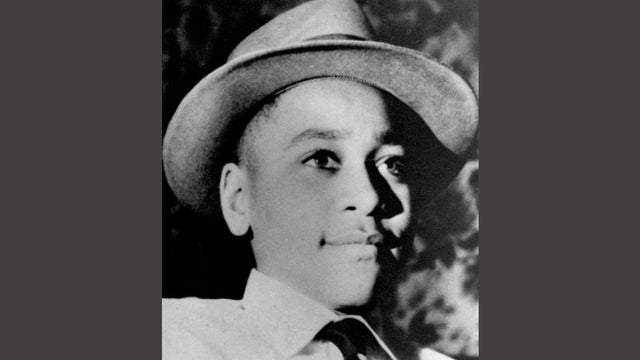 The House on Wednesday overwhelmingly passed historic legislation that would classify lynching as a federal hate crime.

The Emmett Till Antilynching Act, which passed on a 410-4 vote, was introduced by Rep. Bobby Rush (D-Ill.). It is named after Emmett Till, a 14-year-old African American boy who was lynched in 1955 in Mississippi.

The measure's passage comes roughly 120 years after a committee in the lower chamber defeated legislation that would have criminalized lynchings. It also passed decades after the House approved its first bill, by Rep. Leonidas C. Dyer (R), that would have made lynchings a federal crime. That legislation was ultimately filibustered in the Senate.

“Today the House will pass the Emmett Till Antilynching Act and designate lynching as a hate crime under federal law. But we must admit, it is a travesty that it has taken 120 years for the U.S. government to address this crime. In fact, the first bill to outlaw lynching was introduced in 1900. Make no mistake, lynching is terrorism,” Rep. Karen Bass (D-Calif.), the chairwoman of the Congressional Black Caucus, said on the floor ahead of the vote Wednesday.

“It's terrorism directed at African Americans. Lynching was commonly used for 256 years during the period of enslavement and for almost 100 years after slavery, well into the 1950s. And frankly, even today periodically you will hear news stories of nooses being left on college campuses, in work locker rooms to threaten and terrorize African Americans. A vicious reminder that the past is never that far away.”

Rush, meanwhile, noted the racially motivated fatal shooting that took place in El Paso, Texas, and the violence seen during the 2017 white supremacist rally in Charlottesville, Va., while citing the need for the measure's passage.

“We are one step closer to finally outlawing this heinous practice and achieving justice for over four thousand victims of lynching, including Emmitt Till. Moreover, the importance of this bill cannot be overstated. From Charlottesville to El Paso, we are still being confronted with the same violent racism and hatred that took the life of Emmett and so many others. The passage of this bill will send a strong and clear message to the nation that we will not tolerate this bigotry,” he said in a statement following the announcement it would be brought to the floor.

The Senate passed legislation in 2018 to make lynching a federal hate crime, but it ultimately did not make it through the lower chamber.

“Lynchings were horrendous, racist acts of violence,” Sen. Kamala Harris (D-Calif.), one of the sponsors of the Senate bill, said in a statement. “For far too long Congress has failed to take a moral stand and pass a bill to finally make lynching a federal crime. ... This justice is long overdue.”

House Republicans praised the measure, but expressed frustration that more time was not allocated for GOP lawmakers to co-sponsor the bill.

Minority Whip Steve Scalise (R-La.) told reporters he was considering calling for a unanimous consent vote to allow members to co-sponsor the bill, adding that Rep. Don Bacon (R-Neb.) previously introduced the legislation during the 115th Congress and the 116th Congress.

“That actually was a bill Don Bacon filed, and it had a lot of co-sponsors and a lot of support behind it, and then they literally in the middle of night stole it from him. And look, I'm for the bill, but they should have opened it up to more co-sponsors,” Scalise said on Wednesday.

Bacon thanked Rush and Harris for being champions of the issue, stating that it’s long overdue for legislation to “specify criminal penalties for the crime of lynching or any attempt or conspiracy to commit lynching.”

“Last year, I was approached by local African American community leaders to look into antilynching legislation. And I felt the language from Senator Harris's bill that passed by overwhelming, bipartisan support in the Senate, was the right way to proceed,” he said on the floor.

“It's because of these reasons I was honored to introduce the Senate-passed language in the House. The bill we are voting on today contains the language of my bill that I introduced eight months ago verbatim. I do not complain because, in the end, I want results, we want results. We are closer than we have ever been in making lynching a federal crime.”