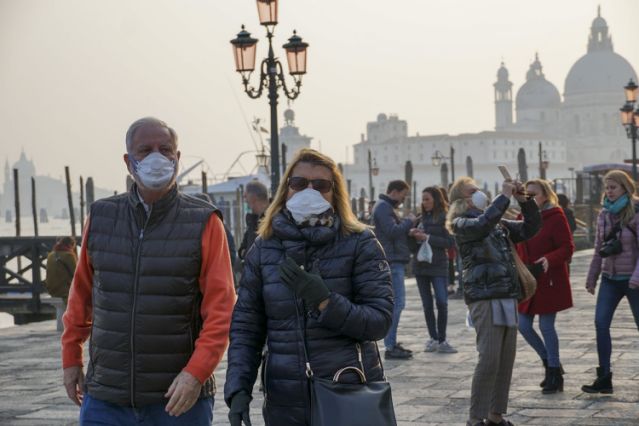 The number of confirmed cases of coronavirus has reportedly topped 80,000 globally as of Tuesday morning.

The overwhelming majority of cases of the infection are in mainland China, which has reported 77,658 cases and 2,663 deaths, according to The Associated Press, which cited figures reported by each nation’s health authority.

The virus has rapidly spread across Asia, with 977 cases in South Korea and 850 in Japan, the AP noted, adding that  283 cases have also been reported in Italy and 95 cases in Iran.

In Iran, the head of the counter-coronavirus task force tested positive for the virus himself, authorities announced Tuesday.

Health Ministry spokesman Kianoush Jahanpour confirmed the head of the task-force, Iraj Harirchi, had the virus, the AP noted. Harirchi also reportedly posted a video of himself saying he had the virus and quarantined himself in his house.

In the U.S., officials have confirmed 35 cases of the virus.

The virus is also taking a financial toll globally.

Shares opened lower in Europe on Tuesday after a mixed session in Asia, according to the AP.

The Dow Jones industrial average plunged 1,031 points, or 3.6 percent, on Monday making it the largest one-day drop since February 2018.