First woman appointed UK ambassador to the US 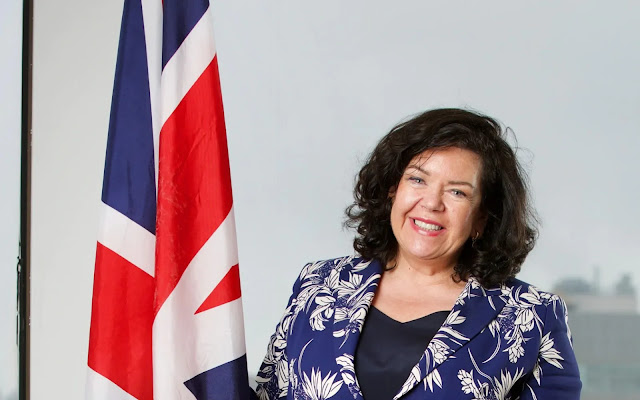 Pierce will be the first woman to hold that position, replacing former Ambassador Kim Darroch, who in July was heard calling President Trump "dysfunctional" and "inept” in leaked diplomatic cables.

“I am honored to have been asked to represent the UK in the US I think it is the UK’s single most important relationship,” Pierce said in a statement. “There is a deep bond between Britain and the US, built on many pillars.”

Britain’s foreign secretary, Dominic Raab, said in a statement: “We have a fantastic cross-Government team across the US and I look forward to working with them to strengthen and even further deepen the special relationship between our two countries and peoples.”

Pierce is coming to Washington as tensions between the two countries have escalated after Britain decided to allow Chinese telecom giant Huawei to build part of the country’s 5G network. On Monday, House Republicans introduced a bill that would denounce Britain for the decision, citing national security concerns.

Pierce arrives to her posting less than a month after the U.K. left the European Union and the U.S. passed several international trade agreements. The latter is more likely to stir contention as things like chlorine-washed chicken and hormone-fed livestock imported from the U.S. fall out of favor with Britons.

The U.K. is also not entirely in sync with decisions the U.S. has made in the Middle East, such as withdrawing U.S. troops from Syria or the airstrike that killed the Iranian Gen. Qassem Soleimani.