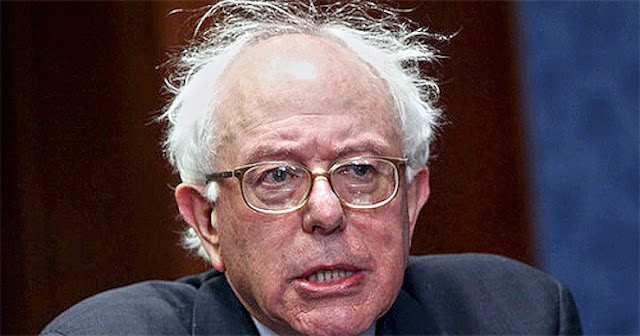 This week’s NBC News/Wall Street Journal poll brought some shocking and (for some) sobering news for Democrats. For the first time this cycle, Bernie Sanders pulled into first place nationally, albeit by only one point ahead of Joe Biden. And party leaders at the DNC have definitely been noticing this trend.

This has reportedly left some of them wondering just what the heck they can do to stop Bernie from winning the nomination, and at least a few of them have come up with a plan. It’s both simple and radical at the same time. Just bring back the superdelegates when they vote on the rules at the convention.

A small group of Democratic National Committee members has privately begun gauging support for a plan to potentially weaken Bernie Sanders’ presidential campaign and head off a brokered convention.

In conversations on the sidelines of a DNC executive committee meeting and in telephone calls and texts in recent days, about a half-dozen members have discussed the possibility of a policy reversal to ensure that so-called superdelegates can vote on the first ballot at the party’s national convention. Such a move would increase the influence of DNC members, members of Congress and other top party officials, who now must wait until the second ballot to have their say if the convention is contested.

“I do believe we should re-open the rules. I hear it from others as well,” one DNC member said in a text message last week to William Owen, a DNC member from Tennessee who does not support re-opening the rules.

The report is quick to note that the number of DNC members seriously discussing this nuclear option is small… at least for now. But if Bernie scores some early victories and begins opening up a serious lead, that could change. Why? Because most of the folks at the DNC have seen this movie before and they don’t want to wind up with another Walter Mondale on their hands.

As one analyst recently observed, if you want to convince potentially undecided independent voters to get rid of a far right-wing populist president, you don’t do it with a far left-wing populist. Swerving as far left as possible and offering Americans a literal socialist who is promising to bankrupt the nation even faster than we’re doing it now is about the best matchup that Donald Trump could hope for in November.

But any plan involving bringing back the superdelegates is going to rip the scab off of some old and ugly wounds inside the party. Bernie’s supporters and most of the far-left base haven’t forgotten how the DNC treated him in 2016. While Clinton eventually wound up with enough earned delegates to win the nomination, the flood of superdelegates flocking to her from states Sanders carried made it look lopsided. In New Hampshire, for example, each of Hillary’s superdelegates wiped out the votes of 10,000 Sanders supporters.

Those maneuvers, along with some questionable handling of Bernies DNC campaign funds and leaked debate questions created a rift in the party that still hasn’t fully healed to this day. And if Tom Perez starts talking about superdelegates again when Sanders begins looking like a potential winner, the Democratic civil war will erupt in earnest.

Of course, none of this will matter at the convention if nobody can land a clean majority. Absent some real momentum for one of them, it’s still possible that Biden could finish in the lead but Sanders and Warren could finish in second and third with enough delegates to keep Uncle Joe from winning on the first ballot. (Or possibly even Sanders and Bloomberg, since the former NYC mayor managed to pull ahead of Buttigieg in that NBC/WSJ poll I linked at the top.) If that happens, even under the revised rules now in place, the Superdelegates could all vote in the second round and hand the honors to Biden, saving the party from a Sanders nomination.

Expect the Bernie Bros to be out in force once word of this report finishes making the rounds. And break out the popcorn.