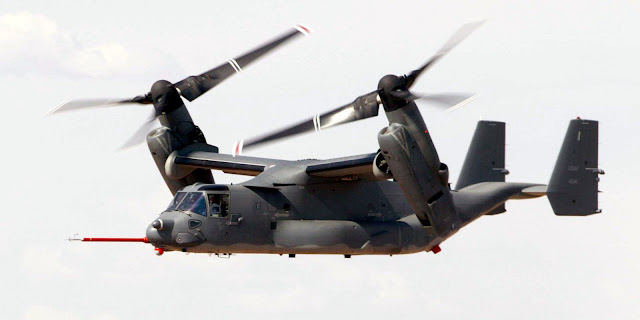 Aircraft purchases make up a large portion of the funds that will be reappropriated in an attempt to deliver on one of President Donald Trump’s signature promises. Two F-35 fighter jets, two V-22 tilt-rotor aircraft, and other aircraft-like drones and transport planes are to be slashed, as are U.S. Navy vessels, Army vehicle updates, and equipment for the National Guard and Reserves. This is the second year in a row that funds have been reprogrammed from the Department of Defense to the administration’s border wall.

Both the F-35 and the V-22 have ties to Fort Worth: The F-35 is assembled in part there, and Bell, an area company, produces the V-22 in conjunction with Boeing. The F-35 in particular is important to the economy of Fort Worth, where a massive Lockheed Martin plant assembles the plane.

The decision Thursday put Republicans who represent districts in or around Fort Worth in a difficult position of having to either condemn the president acting on one of his signature promises or support a move that could affect their local economies.

U.S. Rep. Mac Thornberry, a Clarendon Republican who is usually supportive of the president, spoke out against the move.

Thornberry, whose district stretches from the Panhandle to just north of Fort Worth, stated that the southern border was a national security challenge that partisanship had “exacerbated,” but he took issue with the executive branch’s decision to reallocate the funds. In a statement, he said that while the Department of Defense was able to make recommendations in the budgeting process, once appropriations decisions are made, “the Department of Defense cannot change them in pursuit of their own priorities without the approval of Congress.”

He said such “reprogramming” — when funds are used for accounts they were not initially appropriated for — undermined civilian oversight of the military and violated the constitutional separation of powers.

Thornberry, who is not seeking reelection in 2020, is the ranking Republican member of the House Armed Services Committee, which oversees military affairs and spending. He and U.S. Rep. Marc Veasey, D-Fort Worth, coauthored an April 2019 letter supporting an increase in F-35 production.

“The wall should be funded, but the funding must come through the Department of Homeland Security rather than diverting critical military resources that are needed and in law,” his statement read.

U.S. Rep. Kay Granger, R-Fort Worth, avoided criticizing the president. She released a statement Thursday framing both Trump’s border efforts and F-35 manufacturing in Fort Worth as worthy efforts. Her statement argued the president’s hand had been forced as Democrats had “refused to work with us on border security,” and she referred to the reprogramming as “a reasonable approach.”

“I have confidence that the platforms manufactured by the world-class workforce in and around Texas District 12 will be preserved and jobs will be protected,” the statement read, adding that Granger would “continue to fight to fund” defense programs while simultaneously “supporting the President’s efforts to secure our southern border.”

Granger is the ranking member of the House Appropriations Committee. She also has ties to one of the programs getting cut, having co-founded the Joint Strike Fighter Caucus, a bipartisan congressional group that advocates for the F-35 and is now co-chaired by Veasey.

But she is in the midst of a heated Republican primary contest with Chris Putnam, a retired technology executive who previously sat on the Colleyville City Council and has questioned Granger’s conservative bona fides. Granger has touted an endorsement from Trump as she tries to fend off the challenge.

Putnam has raised funds at a competitive rate and has received donations from local and national conservative figures. He’s argued that Granger, as the ranking Republican member of the Appropriations Committee, should be delivering more on the president’s border funds.

And Veasey said the move was “completely unacceptable” and would affect both national security and employment, noting that many of his constituents work in the defense industry.

“Today’s decision will divert hundreds of millions of dollars from both the F-35 and V-22 programs and jeopardize the jobs of thousands of North Texans,” he said in a statement. “The Administration must stop these reckless decisions without proper consultation with Congress,” he said, going on to call the border wall “bigoted and archaic.”