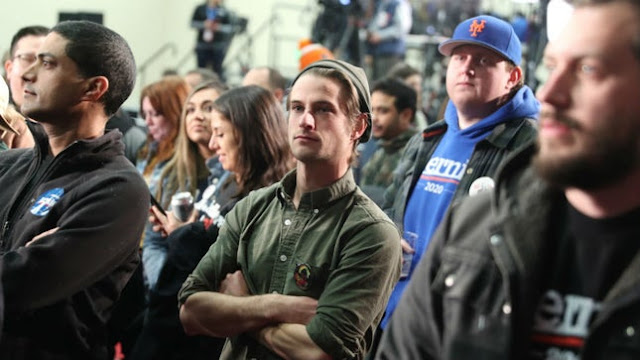 Frustrations mounted late Monday night after the Iowa Democratic Party had not released any results once voters in Iowa finished caucusing.

The unusually long wait for the vote tally to be released left the political world on pins and needles as it awaited the highly anticipated results from the first-in-the-nation caucuses.

In a statement, the Iowa Democratic Party said 25 percent of precincts had reported their results — a low number about three hours after the caucuses officially started.

However, even those results have not yet been released.

The state party said it was taking longer to tabulate the results because of a change in the way the outcome will be reported.

“The integrity of the results is paramount,” party spokeswoman Mandy McClure said in a statement. “We have experienced a delay in the results due to quality checks and the fact that the IDP is reporting out three data sets for the first time. What we know right now is that around 25 percent of precincts have reported and early data indicates turnout is on pace for 2016.”

The state party did not give an estimated time for when the results will be released.

Across Iowa, the campaigns were in a holding pattern, their caucus night parties and speeches delayed.

For the first time, the state party will release three sets of data this year.

The first tally will reveal how many supporters showed up at each caucus site for each candidate.

After that first alignment, supporters of candidates who did not reach the 15 percent threshold will be able to realign behind another candidate, which will represent the second vote count.

The third count will assign “state delegate equivalents,” which is the number that news outlets will use to declare the winner.

The delay in reporting sparked questions and conspiracy theories on Twitter and on cable news outlets that have been airing live for hours with no data to report.

Several media outlets reported that campaigns had been invited to a late-night meeting with the state party.

There are reports that the app the state party was relying on for the precincts to report results had failed for some users.

One caucus secretary, Shawn Sebastian, said that he’d been on hold for more than an hour trying to manually report his precinct’s results.

Sebastian said on CNN that once he finally got through, the state party hung up on him.