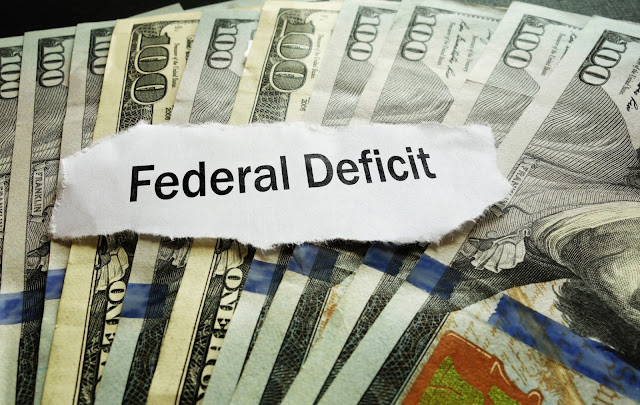 The federal deficit through January climbed to $389 billion, a 25 percent spike over the same period last year, according to Treasury Department data released Wednesday.

The Treasury estimates the deficit will surpass $1 trillion this year for the first time since 2012.

Overall receipts were down since last year by $68 billion, largely due to a drop in individual corporate taxes. Spending, in the meantime, was up $147 billion, as outlays spiked on defense, health, veterans affairs and Social Security.

Democrats have blamed the 2017 GOP tax law and a surge in military spending for spiking the deficit, while Republicans blame increases in domestic programs such as health, education and transportation.

Some experts also peg mandatory spending programs such as Social Security, Medicare and Medicaid as major drivers of the budget.

President Trump called for deep cuts to domestic programs and limitations on mandatory spending in his 2021 budget proposal, which is expected to gain little traction in Congress.

Since Trump took office, the deficit has increased from $587 billion in 2016 to just shy of $1 trillion in 2019. The Congressional Budget Office projected that given current law, the deficit will rise to an annual average of $1.3 trillion over the next decade, which could eat into economic growth and investment and limit responses to the next economic downturn.