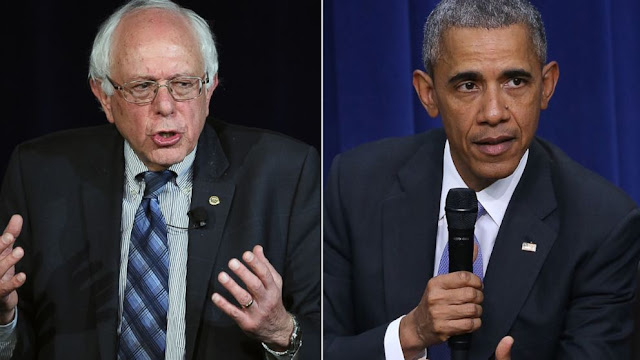 Sen. Bernie Sanders (I-Vt.), an avowed Democratic Socialist, is now the standard bearer of the Democratic Party. With the news out of Nevada that Sanders won 54 percent of the delegates, Sanders can now claim that he received the most votes in all of the first three primary states.

We only need to look to our closest international ally to see where we are headed as a party and as a country. As James Carville said in a recent interview, “I don’t want the Democratic party of the United States to be the Labour party of the United Kingdom.” This past December, the Labour party suffered one of the largest electoral defeats in recent British history with the Conservatives gaining 48 seats and their largest majority since 1987.

When a national party experiences that level of defeat, the blame rests solely on the shoulders of its leader, in this case Britain’s brash, uncompromising and politically damaged Jeremy Corbyn.

The similarities between Britain’s Corbyn and America’s Sanders are both obvious and uncanny as the Guardian notes, “Both spent decades on the political margins, regarded as perennial troublemakers with no prospect of gaining national power. To their critics, they remain stubbornly stuck in the 1970s; to their admirers, they have stayed unwaveringly true to their principles.”

There is no doubting Sanders’ authenticity on the campaign trail, similar to Corbyn’s, but Carville’s warning is a prescient one. It is overwhelmingly clear that President Donald Trump is more than eager to face Sanders in a general election, tweeting mocking congratulatory messages following the recent primary and caucus results. And the Republican president isn’t the only hopeful adversary hoping for a Sanders nomination. The Washington Post reported this week that Russia is also actively working to boost the Democratic Socialists’ bid.

All of these recent developments beg the question — where is the 44th President of the United States? Former President Barack Obama is perhaps the only actual Democrat who can halt Sanders’ momentum heading into South Carolina and Super Tuesday.

On the trail, Sanders repeatedly assails some of the most important aspects of President Obama’s legacy, especially with regard to health care and the senator’s plans to totally destroy all of the gains made through the passage of Obamacare. Despite all of President Obama’s progressive policy advancements during his first term, the Atlantic reports that Sanders gave serious thought to a primary challenge back in 2011 against the sitting Democratic president. There is clearly no love lost between the two men. “To Obama, Sanders is a lot of what’s wrong with Democrats: unrelenting, unrealistic, so deep in his own fight that he doesn’t see how many people disagree with him or that he’s turning off people who should be his allies.”

Obama has been fairly vocal in interviews that he will not intervene during the primary season to tip the scales behind a certain candidate, but that does not mean he couldn’t weigh in against a candidate that would work against his legacy, rather than building on it. According to Politico, “Obama said privately that if Bernie were running away with the nomination, Obama would speak up to stop him.”

Now is the perfect time for Obama to weigh in.

Back in 2008, then-Senator Obama won the South Carolina primary with a huge margin, more than 55 percent, which was more than Sens. Hillary Clinton and John Edwards’ votes combined. Obama remains a beloved party leader in the Palmetto State.

A new CBS News poll indicates that Former Vice President Joe Biden still holds a lead in the upcoming primary set for Saturday, but Sanders has cut the difference between the two to just 5 percent: 28 percent to 23 percent. The South Carolina Primary is just three days before Super Tuesday, when 14 states will decide their delegate allotments including both Texas and California.

If Biden has a strong showing in South Carolina, it could give his campaign the much-needed boost heading into Super Tuesday to surpass Sanders.

Obama is the only party leader who can make that happen.