Coronavirus spread appears inevitable in US 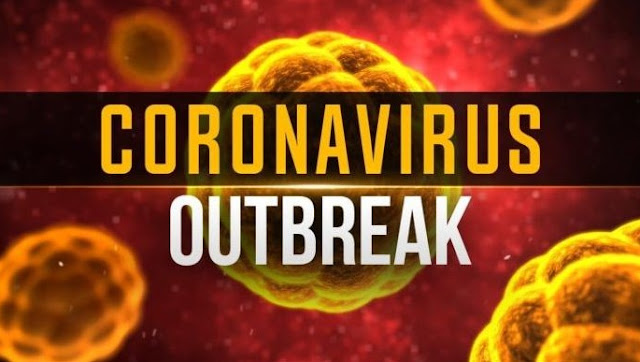 A top U.S. health official said Tuesday the spread of coronavirus in the country appears to be inevitable, while warning that the disruptions could be “severe.”

Nancy Messonnier, director of the Centers for Disease Control and Prevention (CDC) National Center for Immunization and Respiratory Diseases, told reporters the agency expects to see more cases in the U.S.

She said two out of the three requirements for a “pandemic of new disease” have been met, and businesses and families should begin to prepare for a larger outbreak in the U.S.

“It’s not a question of if this will happen but when this will happen and how many people in this country will have severe illnesses," she said. “Disruption to everyday life might be severe."

The warning from CDC marks a dramatic escalation in tone from recent weeks, as the disease continues to spread around the world, hitting U.S. trading partners like South Korea and Italy.

Messonnier added that she had spoken to her children about the virus Tuesday morning.

“While I didn’t think they were at risk right now, we as a family ought to be preparing for significant disruption to our lives,” she said.

More than 77,000 coronavirus cases have been confirmed in China, where the virus was first detected.

There have been more than 2,000 cases identified in other countries, including 57 in the U.S. That includes 40 people who had been repatriated to the country from the Diamond Princess cruise ship.

CDC Director Robert Redfield aimed to reassure the public that his agency is taking the necessary steps to mitigate the spread of the virus.

“The immediate risk from novel coronavirus remains low for the U.S. public at this time,” Redfield tweeted on Tuesday. “CDC is taking aggressive action to reduce the impact of this virus on the US. #COVID19 is a very serious public health threat and requires everyone’s cooperation.”

Meanwhile, there is growing concern on Capitol Hill about how the Trump administration is responding to the outbreak. Administration officials on Tuesday were pressed by lawmakers from both sides of the aisle.

Sen. Richard Shelby (R-Ala.), chairman of the Senate Appropriations Committee, said he is concerned the Department of Health and Human Services (HHS) is "lowballing" its request for $2.5 billion in emergency coronavirus funding and that he will recommend a "higher" number.

"It seems to me at the outset that this request for the money, the supplemental, is lowballing it, possibly, and you can't afford to do that," Shelby told HHS Secretary Alex Azar during a hearing on the agency's budget request.

Wolf couldn't provide specific answers as to how many respirators and masks are available, and how many would be needed to cope with a wider outbreak.

“You’re the secretary, I think you ought to know that answer,” Kennedy said at one point.

Wolf said a vaccine for the virus could be a matter of months away.

When Kennedy later pressed Azar with the same question about a vaccine, Azar said there could be one within a year.

Kennedy told Azar that Wolf testified it would take a month and a half.

There have been initial steps taken toward developing a vaccine. The National Institutes of Health (NIH) on Tuesday said a clinical trial is underway in Omaha to evaluate an experimental treatment for coronavirus, from drugmaker Gilead.

The first trial participant is an American who was repatriated after being quarantined on the Diamond Princess. The study can be adapted to evaluate additional investigative treatments and to enroll participants at other sites in the U.S. and worldwide, the NIH said.