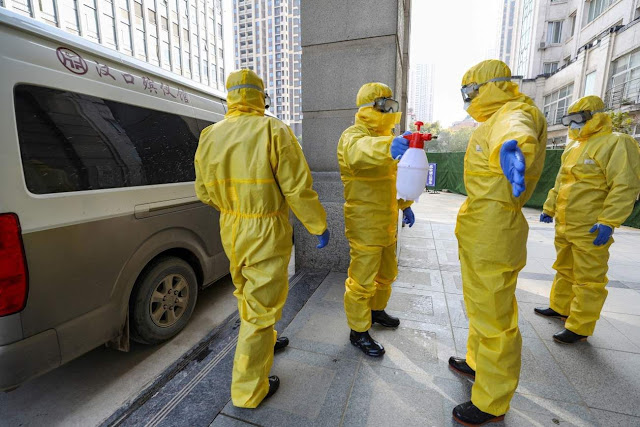 The Chinese government has begun to do house-to-house searches in Wuhan City, China, in order to gather people who may have contracted coronavirus, The New York Times reported Thursday.

Vice Premier Sun Chunlan announced the new approach Thursday, as the city of 11 million people faces a 4.1 percent mortality rate as a result of the epidemic.

The Times reported extreme living conditions in Wuhan, where people suspected of having coronavirus are being herded and sent to be quarantined in what the newspaper has described as "internment camps." In addition, travel bans and transportation blockages set up to contain the virus have led to a lack of medical resources in the city.

The measures illustrate the Chinese government's serious panic regarding the widespread outbreak, with Sun describing the new measures as “wartime conditions.” On Monday Chinese leader Xi Jinping called the epidemic “a major test of China’s system and capacity for governance”

“There must be no deserters, or they will be nailed to the pillar of historical shame forever,” Sun added.

The Chinese government has also gone to great lengths to censor media as the virus proliferates. The New York Times reported on Tuesday that state media and more "commercially-minded outlets" have been told to disseminate positive reports about the virus relief efforts.

In addition, The China Media Project, a group associated with the University of Hong Kong, reported Thursday that the Cyberspace Administration of China accused social media companies of “illegally engaging in internet news information services in epidemic-related reports.”

The World Health Organization (WHO) announced Thursday that a Chinese doctor who was one of the first to warn others about the spread of coronavirus died after contracting the virus himself.

“We are deeply saddened by the passing of Dr. Li Wenliang,” said Dr. Mike Ryan, a top WHO official.