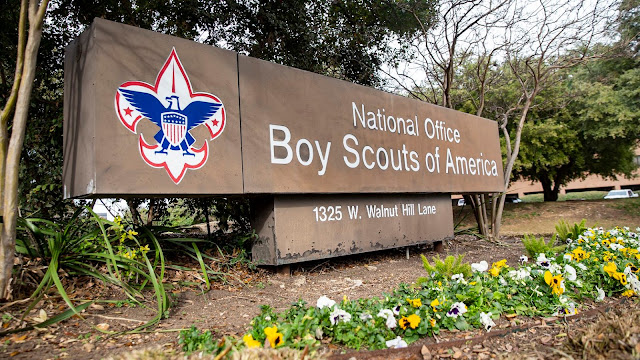 The Boy Scouts of America (BSA) announced that it has filed for Chapter 11 bankruptcy protection amid a wave of sexual abuse lawsuits.

Attorneys are currently seeking settlements on behalf of thousands of men who say they were abused as children by scoutmasters or other leaders. The organization can reportedly put the lawsuits on hold following the filing, but the it could ultimately have to sell off property holdings or take other actions to raise money for a compensation fund that could reach over $1 billion.


The filing listed BSA assets between $1 billion and $10 billion. The organization's liabilities were listed at $500 million to $1 billion, the AP reported.

“The BSA cares deeply about all victims of abuse and sincerely apologizes to anyone who was harmed during their time in Scouting. We are outraged that there have been times when individuals took advantage of our programs to harm innocent children,” Roger Mosby, president and chief executive officer of the Boy Scouts of America, said in a Monday statement confirming the filing.

“While we know nothing can undo the tragic abuse that victims suffered, we believe the Chapter 11 process – with the proposed Trust structure – will provide equitable compensation to all victims while maintaining the BSA’s important mission,” he continued.

The statement noted that Boy Scout programs and local councils are separate organizations not included in the filing.

Some of the men are now able to sue the BSA after several states, including New York, Arizona, New Jersey and California, passed laws extending their statute-of-limitations rules and granted people who were abused as children more time to file their cases, the AP reported.

The number of American children who have joined the organization has dropped to below 2 million, the AP reported, from over 4 million during its highest membership years in the 1970s.

The organization announced last year that it would officially allow girls to join its groups. The Church of Jesus Christ of Latter-day Saints announced that it would end its 105-year relationship with scouting programs following the move.