Bernie Sanders: Trusting a fox with the nest eggs of America’s retirees 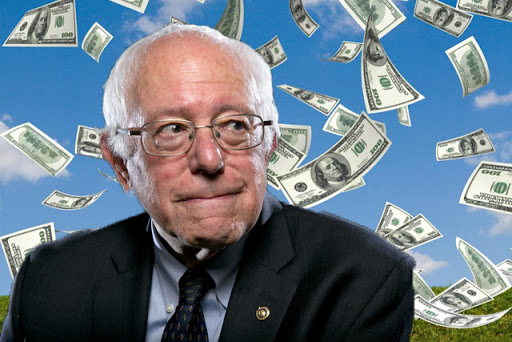 The stock market has taken a dramatic tumble over the last few days, with the Dow Jones Industrial Average experiencing the second-biggest point drop in its history. While fears about the coronavirus disrupting global trade are a major factor, investors are worried that Bernie Sanders will become the Democratic presidential nominee.

The top Democratic candidates’ proposals are all bad, but his socialist slant mixes the worst of the plans of his fellow competitors into one unhealthy stew.

It is no exaggeration to say that if Sanders is elected, the retirement savings of every American will be at risk.

Not only are Sanders’s multitrillion dollar spending proposals on Medicare for All, the Green New Deal, student-debt forgiveness, and universal child care widely unrealistic, he lacks ideas promoting growth and employment.

The next president will have to begin to grapple with Social Security problems. Trustees administering the program warn that the reserves will be tapped out in 14 years due to longer lifespans and much lower “worker-to-retiree” ratios. This would trigger an across the board 20 percent cut in payouts.

The problem is that raising U.S. payroll taxes abruptly will slow economic growth and impact markets. This will make it harder for the program to remain stable over the long run, in addition to reducing the value of the $29 trillion in private retirement accounts — public and corporate pensions that people are counting on for later years.

Whoever he is, the next president will have to reassure Americans that their retirement future is secure.

President Trump has kept his promise not to touch entitlements like Social Security during his first term, but he has signaled that he will deal with the issue if he gets a second term.

President Trump was asked last month by CNBC if entitlements will “ever be on your plate.” He replied: “At the right time, we will take a look at that.” Citing our country’s strong economic growth and wealth creation, he added, “you know, that’s actually the easiest of all things.”

Trump eventually retreated from his CNBC comments by stressing in his State of the Union that he “will always protect your Social Security.”

But, in truth, the only way to protect Social Security is to bolster the economic climate it operates in. Spending items like Social Security and Medicare remain on automatic pilot and account for some 70 percent of the federal budget. That’s one reason Trump’s new budget plans seeks to reduce fraud and double payments in areas like Social Security disability benefits.

It’s clear that Trump isn’t going to impose actual cuts in those popular programs, those would still represent a political-electrified third rail. Fortunately, in spite of the current volatility, our economy does continue to provide space for Trump to push for reforms that would both improve retirement options and keep Social Security solvent, safe for future generations.

The period just after the 2020 election may be the perfect time to make strides to protect Social Security.

The need for reform is obvious. Social Security is projected to shift to a cash-in cash-out basis in less than 15 years.

According to the Congressional Budget Office, Social Security’s core old-age and survivor-benefit program spent $894 billion in 2019. That number will almost double to over $1.5 trillion in 2028.

The good news is that there are practical ways to deal with this looming crisis that can sustain the program without tax increases that would cripple the economy.

For example, these ideas below are drawn from the Social Security Advisory Board:

1) To minimize risk of elder poverty, Increase benefits for those with lower earnings by using a different approach to calculating cost of living adjustments.

Lower income households would receive higher adjustments, therefore increasing benefits to ensure they stay above the poverty line, and wealthy households would get a lower adjustment. It should be possible to reduce benefits for higher-income earners because Social Security is not a meaningful part of their retirement income. Conservatives could profile this plan as a way to address increasing concerns over rising income inequality.

2) Retirement age adjustments will be needed to deal with our expanding lifespans. We could achieve solvency and ensure benefits continue by increasing the normal retirement age by one to two months per year until it reached age 69 in the late 2030s.

3) Treat beneficiaries more equally and eliminate the “penalty on senior work” that’s known as the Retirement Earnings Test (RET). This penalty impacts lower- or middle-income workers who may claim Social Security early but still need or want to keep working to build up retirement resources.

4) Create a new, portable, automatic-enrollment plan for all earners to have more savings and income available at retirement.

Similar to a 401k, employers would match weekly employee contributions as low as $5 to $10 and be automatically deducted from an employee’s paycheck.

The major differentiators of these new plans are the investment choices and timeframe. Some 80 percent of savings would be invested in stock, bond, or conservative index funds and savings would not be available for withdrawal before age 62. A board of independent investment experts would create and oversee approved investments to assure quality. Comparable to existing state and local pension portfolios today.

All this would ensure money grows steadily for retirement needs so employees fully benefit from the long term returns of their investments.

There is a saying in the financial industry that the time to raise money for a growing business is when you don’t need it. The same wisdom is appropriate for a plan to bolster retirement security for Americans.

One thing is sure: Relying on Bernie Sanders to fix our retirement future would be akin to trusting a fox with the nest eggs of America’s retirees.