Wheat may be big winner in U.S.-China agreement 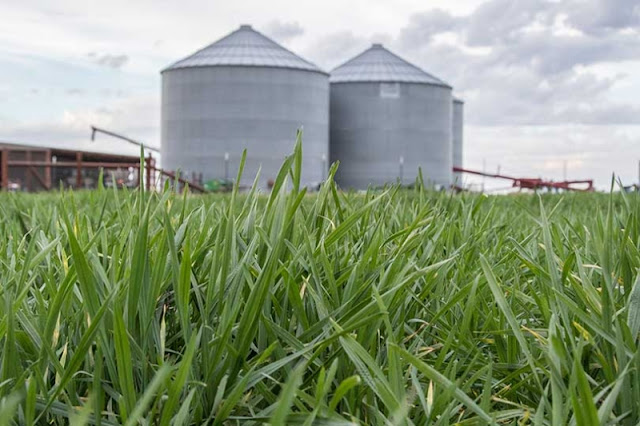 Wheat prices have been down in recent years, but the golden grain may have the most to gain from the phase one U.S.-China trade agreement.

While there’s been much focus on soybeans, wheat is likely where China will fulfill commodity-buying quotas, creating new demand for the crop, according to agricultural experts.

China agreed to new agricultural tariff rate quotas (TRQ) last year, including a reduced TRQ on 9.6 million metric tons of wheat. While the allotment, set by the World Trade Organization, could be filled by purchasing wheat from any country, it would still create additional global demand amid tightening supplies worldwide.

That would be welcome news in the new year, according to AgInfo’s Land & Livestock Report author Russell Nemetz.

“China will likely fill its quota with the cheapest wheat in the market,” Nemetz said. “While that’s usually grain from the Black Sea, U.S. supplies have been getting more competitive and international buyers have recently turned back to American wheat shipments.”

Big harvests in Argentina, Ukraine, Russia and Australia kept prices depressed in recent years, but drops in production among those major competitors have made American crops more attractive lately, Nemetz and other experts say.

“The potential that China could secure an additional 5 to 6 million tons of world wheat annually is underpinning Chicago Board of Trade wheat,” Chicago-based consultant AgResource Co. stated in a recent report.

China hasn’t made many large purchases of American wheat since implementing retaliatory tariffs in March 2018.

But as other top Asian importers—including Indonesia, Japan, the Philippines and Taiwan—have bought up supplies in recent weeks, U.S. wheat is becoming more competitive, according to U.S. Department of Agriculture data.

In a press release, Texas Wheat Producers applauded the Office of the U.S. Trade Representative for its work in securing the phase one deal with China.

The U.S. and China are expected to sign the phase one agreement on Jan. 15.