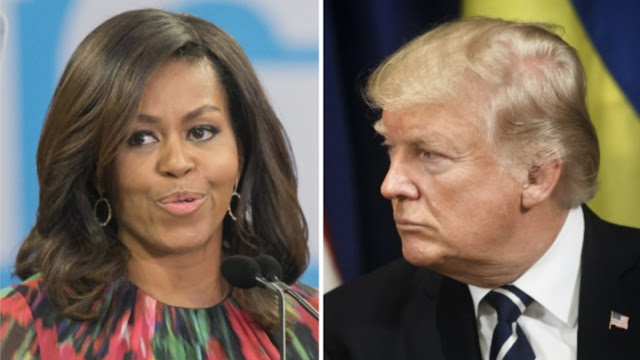 The Trump administration on Friday announced plans to roll back school lunch standards on vegetables and fruits originally promoted by Michelle Obama, unveiling the proposal on the former first lady's birthday.

The new standards will allow schools more flexibility "because they know their children best," the Agriculture Department said in a press release.

“Schools and school districts continue to tell us that there is still too much food waste and that more common-sense flexibility is needed to provide students nutritious and appetizing meals. We listened and now we’re getting to work,” Agriculture Secretary Sonny Perdue said in a statement.

The proposed rules build on previous steps taken by the Trump administration to unwind the controversial school lunch rules championed by Obama as part of her "Let’s Move!" healthy living campaign. Those rules were implemented through an executive order signed by former President Obama.

Under the new rules, schools would be allowed to reduce the number of fruits and vegetables required at each meal. The latest change follows a 2019 rollback of restrictions on milk and sodium content in school lunches.

Critics said the change will pave the way for greasier, more unhealthy foods such as pizza, french fries and burgers.

"[It] would create a huge loophole in school nutrition guidelines, paving the way for children to choose pizza, burgers, french fries and other foods high in calories, saturated fat or sodium in place of balanced school meals every day,” Center for Science in the Public Interest's deputy director of legislative affairs, Colin Schwartz, said in a statement Friday.

In a recent op-ed for The Hill, Dr. Rachel Borton, the director of the Family Nurse Practitioner online program at Bradley University, said healthy school meals are essential to both good physical and mental health, especially for low-income students who are more likely to receive their only healthy meal of the day while at school.

"If those students don’t have access to the nutritious options provided by the school, they may turn to low cost, processed foods that are high in calories but sparse in nutrients. Immediate effects of this type of diet include weight gain and poor physical health," Borton wrote. "Long-term impacts range from increased risk of obesity, heart disease, diabetes, and a slew of other unfortunate health outcomes."

The Obama administration's school lunch plan increased the requirement for fruits and vegetables in meals, cut trans-fat and reduced sodium levels in food. It also required cafeterias to serve only skim or low-fat milk.

In 2019, the first comprehensive analysis of the Obama administration's lunch plan by the Department of Agriculture found the updates "had a positive and significant influence on nutritional quality" as students ate more whole grains, greens, and beans, as well as fewer “empty calories.”

The report found evidence of food waste, but the levels were not substantially higher than food waste under previous lunch regulations.