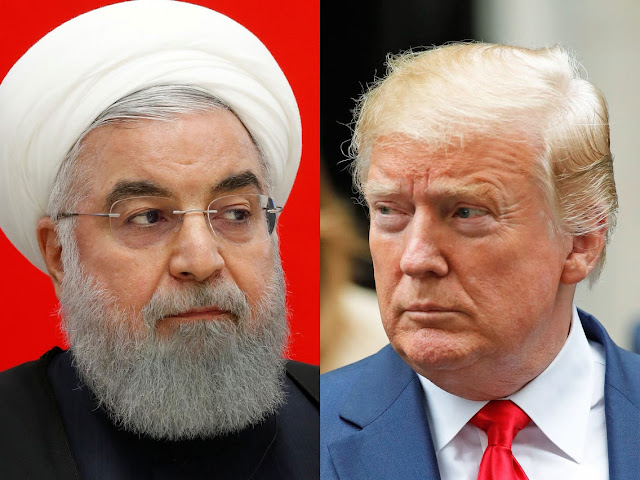 President Trump on Saturday said the United States has targeted 52 Iranian sites and was prepared to strike "very fast and very hard" in the event Tehran retaliates for the killing of Gen. Qassem Soleimani.

"Iran has been nothing but problems for many years," Trump tweeted. "Let this serve as a WARNING that if Iran strikes any Americans, or American assets, we have targeted 52 Iranian sites... some at a very high level & important to Iran & the Iranian culture, and those targets, and Iran itself, WILL BE HIT VERY FAST AND VERY HARD. The USA wants no more threats!"

Trump said the 52 sites, which he did not specify, were meant to represent the number of Americans held during the Iranian hostage crisis. Intentionally directing attacks against cultural monuments and religious buildings could constitute a war crime.

The president offered additional defense for approving the strike that killed Soleimani, a high-ranking Iranian official and the head of the Islamic Revolutionary Guard's Quds Force, describing him as a "terrorist leader" responsible for the deaths of many Americans.

But his threat of more potential military action is certain to raise questions about the Trump administration's plans for containing the fallout of the Soleimani strike and further enflaming debate over the president's ability to engage with Iran without congressional approval.

Trump on Thursday approved an operation that killed the prominent Iranian official in Baghdad. U.S. officials have portrayed the strike as a defensive measure, asserting there was evidence Soleimani was planning attacks that put American lives in danger.

"We took action last night to stop a war," Trump said Friday. "We did not take action to start a war."

His tweet Saturday, however, appeared to indicate Trump was willing to further escalate the conflict should Iran respond.

Experts and some U.S. officials have indicated an Iranian counterpunch is all but inevitable, but it remains unclear how, when or where it might take place.

Thousands of pro-Iranian fighters marched through Baghdad in recent days to mourn Soleimani, The New York Times reported, with some chanting "revenge is coming." Iranian leaders have also vowed to respond to the U.S. operation.

Iranian leaders have also vowed to respond to the U.S. operation, and CNN reported Saturday that administration officials have warned of attacks of retaliation coming from Iranian proxy groups in North America and Europe.

The Department of Homeland Security on Saturday posted a new National Terrorism Advisory System (NTAS) Bulletin following the strike targeting Soleimani, though the agency noted there was no specific or credible threat against the homeland.

Democrats in Congress have expressed frustration that Trump did not inform top lawmakers before carrying out the strike in Baghdad and insisted the president must consult with the legislative branch before engaging Iran further.

The White House reportedly submitted some documents to Congress on Saturday notifying lawmakers of the strike as required under the War Powers Act.

The pace of developments puts Trump in uncharted territory with Iran. The president has staked his foreign policy on confronting Tehran with economic sanctions and tough rhetoric, but until last week had largely held off on engaging militarily. The extent of the fallout remains unclear.

Trump spent most of Saturday morning and afternoon at his golf club in D.C. before returning to his Mar-a-Lago property, where he has been the last two weeks. The president is scheduled to return to Washington, D.C., on Sunday.