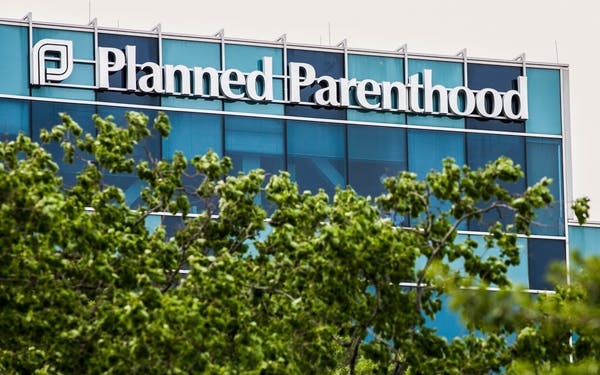 The Trump administration on Wednesday approved federal family planning funding for a Texas program that excludes providers who perform or promote abortions.

Texas lost that funding under the Obama administration, which argued the state’s exclusion of some providers violates federal law.

But the Department of Health and Human Services (HHS) on Wednesday approved Texas’s funding request for a state-run family planning program that excludes providers like Planned Parenthood.

“The Lone Star State is once again in partnership with the federal government to provide meaningful family planning and health services while fostering a culture of life,” said Texas Gov. Greg Abbott (R).

The long-awaited decision from HHS could pave the way for other conservative states to exclude abortion providers from their federally-funded family planning programs.

While federal law already prohibits federal funding from paying for abortions in most circumstances, opponents argue any money that flows to Planned Parenthood or other abortion providers can indirectly support the procedure.

Conservatives have long sought to block Planned Parenthood from getting any federal funding, including through the Medicaid family planning program.

“When Texas lawmakers exercised their right to fund women’s health care without underwriting abortion businesses, they were punished by the Obama administration and smeared by abortion activists and their media allies,” said Marjorie Dannenfelser, president of the Susan B. Anthony List, an anti-abortion group.

“Restoring Texas’s decision regarding use of federal funds is an acknowledgment that the Lone Star State was right all along," she said.

Several states expand Medicaid eligibility for family planning services like contraception and STD screenings to individuals who are uninsured and would not otherwise be eligible for Medicaid.

But Texas would be the first state to receive the funding while excluding certain providers.

"This backdoor 'defund' could — and will — pave the way for other states to follow Texas's dangerous lead, with grim consequences for repro health nationwide," Planned Parenthood Action Fund tweeted.

Opponents of the waiver argue it violates a provision of federal law requiring states to allow Medicaid patients their choice of “any willing provider,” including those that provide abortions.

“With the approval of this illegal waiver, CMS has signaled that it is willing to turn a blind eye to the health care access problem pervading Texas and to the decades-long statutory protections for Medicaid beneficiaries,” she added.

Medicaid administrator Seema Verma disagreed, writing in her approval letter that it promotes the objectives of Medicaid by providing “thousands of individuals with access to family planning providers they would not otherwise have.”

After losing the Medicaid family planning money, Texas turned the program into an entirely state-funded one that excluded Planned Parenthood.

In the first year and a half after the change, Medicaid pregnancies increased by 27 percent, according to research published in the New England Journal of Medicine in 2016.

Abbott’s office said the additional funding will allow it to serve more than 200,000 people a year.

“I am grateful to President Trump and his administration for approving this waiver, and for his commitment to protecting the unborn while providing much-needed health resources to Texas women,” Abbott said.

South Carolina and Tennessee are seeking approval from the Trump administration to exclude abortion providers from their entire Medicaid programs, not just the family planning portion.

In 2018, Trump rescinded Obama-era guidance that warned states against ending Medicaid funding for Planned Parenthood and abortion providers. The administration said at the time that rescinding the guidance gave states the power to decide what is best for their Medicaid programs.