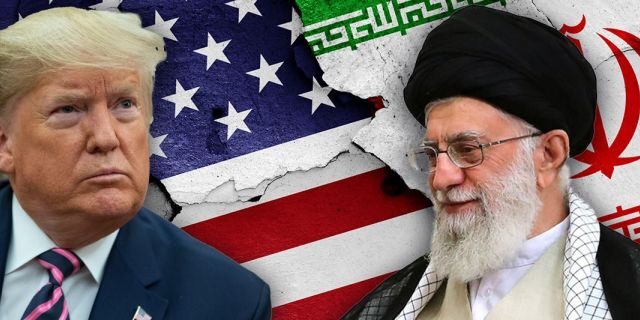 Secretary of State Mike Pompeo and Treasury Secretary Steven Mnuchin held a press conference at the White House to detail the new measures, which President Trump promised were coming earlier in the week.

The sanctions target the largest manufacturers of steel, aluminum, copper and iron in Iran, which combine to produce billions of dollars in annual revenue, the officials said. The U.S. will also sanction 17 Iranian metals producers and mining companies with Friday's measure.

In addition to the sanctions, Trump will sign an executive order that targets revenue sources the Iranian government relies on to fund its nuclear program and its proxy networks. The order gives additional leeway to Pompeo and Mnuchin to impose additional sanctions on other sectors of the Iranian economy, such as its mining and textiles industries.

The announcement came days after the U.S. and Iran appeared to ease back from the prospect of a military conflict following an exchange of strikes from each side.

Trump approved a strike last week that killed top Iranian Gen. Qassem Soleimani in Baghdad after an Iranian-backed group was blamed for attacks that killed a U.S. contractor. U.S. officials have remained tight-lipped about the intelligence that led to the Soleimani strike, but have insisted the general posed an urgent threat to Americans.

In response to Soleimani’s death, Iran fired several missiles at two bases in Iraq that house U.S. forces and allied personnel. There were no casualties reported in the strikes, and Trump said the bases sustained limited damage.

Trump said in a Wednesday address to the nation that Iran appeared to be standing down and that he hoped for a peaceful resolution with Tehran. But in the meantime, he pledged to impose "punishing sanctions" over the missile strikes until Iran "changes its behavior."

The Trump administration has levied numerous sanctions on Tehran as part of its “maximum pressure campaign” against Iran that kicked off in earnest with the 2018 withdrawal from the Obama-era nuclear deal. Previous measures have targeted Iran’s supreme leader, its foreign minister and the country’s oil and metal industries in an effort to hamper the economy.

Mnuchin and Pompeo were adamant on Friday that the sanctions have been effective, even after the latest exchange of military strikes and even as Iran continues to exert influence in the Middle East.

“I think we have 100 percent confidence and we are consistent in our view that the economic sanctions are working,” Mnuchin said. “That if we didn’t have these sanctions in place, literally Iran would have tens of billions of dollars. They would be using that for terrorist activities throughout the region and to enable them to do more bad things.”

Pompeo argued that the sanctions have cut off revenue streams, putting Iran in dire financial straits that have forced it to reconsider whether to back proxy groups or invest in nuclear ambitions.

“This country has never been in the place they’ve been today,” he said. “They’ve got real challenges in figuring out how to make difficult decisions.”