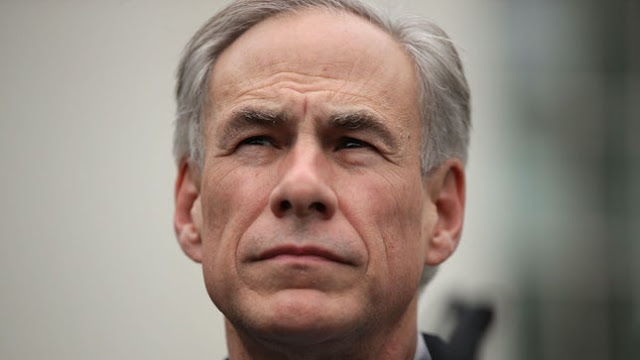 The Houston Chronicle and The Dallas Morning News are blasting Gov. Greg Abbott (R) after he announced his state will be turning away new refugees under authority granted to him in an executive order signed by President Trump last year.

On Friday, Abbott captured headlines after he announced his state would be the first in the nation to opt out of receiving new refugees in fiscal 2020. The move follows an executive order issued by Trump in September that allows states to turn away new refugees.

In a letter sent to Secretary of State Mike Pompeo last week, Abbott said Texas “has been left by Congress to deal with disproportionate migration issues resulting from a broken federal immigration system.”

The Texas Republican also wrote that his state, which he noted has accepted the most refugees in the nation in the past decade, has “carried more than its share in assisting the refugee resettlement process.”

The Chronicle's editorial board slammed the move by Abbot within hours of his announcement on Friday and accused him of conflating “concerns over illegal immigration with the pressing needs of refugees, who have a legal right to seek asylum in the United States.”

“In his letter, Abbott acknowledged Texas’ long role in welcoming refugees, and notes the obvious reality that refugees who settle in other states will be permitted to move to Texas if they please,” the editorial board wrote. “Any help refugees already here are receiving will continue, he wrote.”

“But he then wades into familiar complaints about border security and the nation’s broken immigration system,” the editorial continued. “He’s forgotten that America has long accepted refugees because it’s morally imperative that we do so. By definition, they are in need and in danger — and they are scrupulously vetted for security risks.”

The editorial board then pointed to numerous GOP governors it said “avoided that trap, keeping the politics over illegal immigration out of the question of whether their states would welcome newcomers in such need.”

“More than a dozen GOP governors have opted into the program. In addition, many faith groups, including Catholic Charities and other Christian ministries, have lobbied for keeping the program as part of their effort to serve those fleeing violence, persecution and war,” it continued. “That also has been a mission of the Texas and the United States. How sad it is that our governor has failed to see that.”

In a piece published Saturday, The Dallas Morning News’s editorial board called Abbott’s decision “a departure from an American spirit of helping refugees fleeing war and persecution, whether from Vietnam, Cuba, Africa or beyond.”

“This is not a question of seeking to enforce border laws, something this newspaper supports,” it wrote. “This is about creating space for people with clear and approved asylum claims, and we are sorry that in his letter Abbott chose to conflate Texas’ border struggles with the decision to reject refugees.”

The editorial board, which also published a piece blasting the executive order shortly after it was issued last year, said Abbott’s decision “tarnished” the state’s reputation as a leader in welcoming refugees by “opting out of something as fundamental to our national character as welcoming those fleeing war and persecution, as were those who founded this great country.”

“We can’t agree with the governor that a state as prosperous as ours cannot accommodate additional people in need of help,” the board wrote.

"His decision has the potential to throw the American refugee resettlement program into chaos and sow yet more discord among 'red' and 'blue' states," the editorial board also stated.