Ricky Gervais can hardly be called a conservative 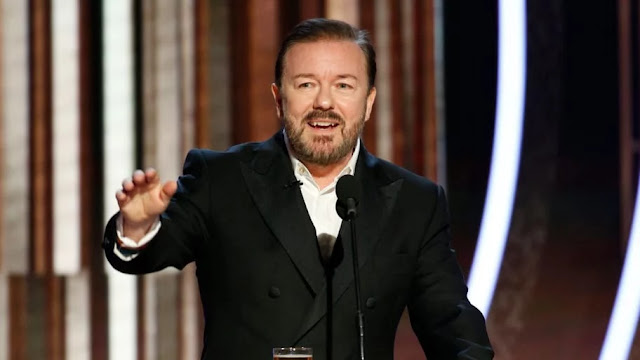 The British comedian Ricky Gervais can hardly be called a conservative. He voted for Jeremy Corbyn in 2017. He also hates religion, which he sees as an abandonment of critical thought and an embrace of hypocrisy. However, he includes “woke” culture in this category. At the recent Golden Globes, he said:

"If you do win an award tonight, don’t use it as a political platform to make a political speech. You’re in no position to lecture the public about anything. You know nothing about the real world. Most of you spent less time in school than Greta Thunberg. So, if you win, come up, accept your little award, thank your agent and your God and f*** off. OK?"

Much to his amusement, this has resulted in his being accused of being “right-wing.” Responding to this on Twitter, he said: “how the f*** can teasing huge corporations, and the richest, most privileged people in the world be considered right wing? [laugh emoji]?”

If the recent British election has taught us anything about left-wing politics, it’s that the elites are becoming increasingly out of step with the public. In what was a complete shock to its leadership, the British Labour Party endured devastating losses in working-class constituencies and nowhere near enough gains in metropolitan bubbles (like Putney) to make up for it.

The most likely person to vote Labour now is a young, university-educated, middle-class woman.

A broader trend here is that where lefty-ism used to be about class, about the working man being able to have enough to feed himself and his family, it is now about identity. Ricky Gervais was correct. This kind of politics is as self-defeating as it is risible.