Republican senators call on Trump to deescalate tensions with Iran 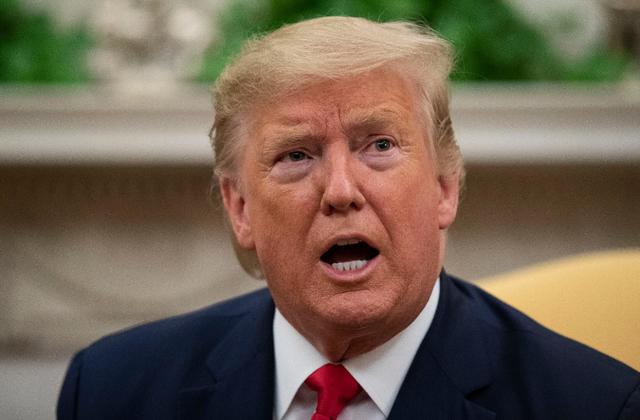 Republican senators are calling for the Trump administration to ratchet down tensions with Iran in the wake of missile attacks Tuesday night on two Iraqi bases that house U.S. personnel.

The public signaling from GOP lawmakers comes as they await Trump's reactions to the strikes.

Sen. Lindsey Graham (R-S.C.), a top ally of Trump's in the Senate, said in a string of tweets that "retaliation for the sake of retaliation is not necessary at this time."

"What is necessary is to lay out our strategic objectives regarding Iran in a simple and firm fashion," Graham added.

The objectives, according to Graham, should be stopping Iran's ballistic missile program and preventing Iran from building a nuclear weapon and supporting of terrorist organizations.

Sen. Mike Lee (R-Utah) added that Trump should "de-escalate" and come to Congress on any potential next steps.

"Whether further military action is warranted is a question that should be answered by Congress. The U.S. should seek to deescalate these raised tensions and I will continue to push to bring our troops back from the region," Lee said.

Senate Majority Leader Mitch McConnell (R-Ky.) praised Trump for not immediately reacting to the Iranian missile strikes on Tuesday night, specifying that while he believes Trump will "protect American lives and interests" he also wants to "avoid conflict or needless loss of life."

"I believe the President wants to avoid conflict or needless loss of life but he's rightly prepared to protect American lives and interests and I hope Iran's leaders do not miscalculate by questioning our collective will in launching further attacks," McConnell said.

McConnell, who spoke with Trump last night about Iran's missile attacks, added that the United States has “the power to exercise restraint and respond at the time and the place of our choosing, if necessary.”

The calls for Trump to de-escalate comes as mounting tensions between the United States and Iran have dominated Washington over the past week.

Both Iranian and American officials have said their respective forces suffered no casualties, according to The Associated Press.

Trump is expected to speak from the White House on Wednesday morning. A quartet of top administration officials are also scheduled to brief the House and Senate. The closed-door meetings were scheduled after the killing of Iranian Maj. Gen. Qassem Soleimani last week.

Iranian officials have sent mixed signals about the country's endgame in the current conflict.

Iran’s foreign minister, Mohammad Javad Zarif, appeared to offer an offramp on Twitter after the strike Tuesday evening writing that the Iranian attack “concluded proportionate measures” against the U.S. in retaliation for Soleimani’s killing.

“We do not seek escalation or war, but will defend ourselves against any aggression,” Zarif wrote on Twitter.

But Iranian President Hassan Rouhani tweeted Wednesday morning that Tehran seeks the removal of all U.S. forces in the region.

"General Soleimani fought heroically against ISIS, Al Nusrah, Al Qaeda et al. If it weren’t for his war on terror, European capitals would be in great danger now," Rouhani said.

"Our final answer to his assassination will be to kick all US forces out of the region."