Parents should choose for child, not the hospital or state 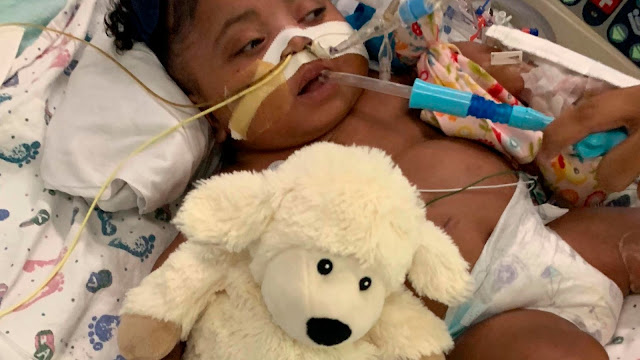 Remember the U.K. cases of Charlie Gard and Alfie Evans — in which doctors and courts forced small children off of life support wanted by parents based on the “experts” view that dying was in the patients’ “best interest?” Well, a similar “futile care” imbroglio has come to Texas.

Tinslee Lewis, age eleven months, has a heart defect. The doctors claim the case is hopeless, that the baby has sepsis, is paralyzed, and appears in pain when her diapers are changed. A hospital bioethics committee has decreed that treatment should be stopped, which it has the power to order under Texas law.

Her parents disagree. They believe there is still hope and are trying to find another hospital to care for the baby. If they can’t, they want a tracheotomy performed, so they can take Tinslee home under palliative care. The doctors again — echoes of the Baby Joseph case in Canada — refuse.

Hannah Mehta, executive director of Protect TX Fragile Kids, said Monday she has spoken to surgeons who say Tinslee’s case is not hopeless and that there are viable treatment options for the girl, beginning with a tracheotomy.

Mehta took issue with the hospital’s assertion that no other hospitals will treat Tinslee, arguing that potential doctors received information — including diagnostic imaging of Tinslee’s organs — that was more than three months old, making it difficult to reach informed decisions.

The parents sued to prevent the unilateral withdrawal of treatment. A trial court permitted that death sentence to stand. Thankfully, that order has been put on hold by an appellate court pending further proceedings, meaning the treatment must continue for now.

How could parents be stripped of their medical decision-making authority for their baby — and under color of law? Blame the bioethical doctrine known as “futile care,” sometimes called “inappropriate care,” that allows the opinions of bioethicists and doctors to be imposed upon unwilling patients and families. Here’s how the Texas law effectuates the doctrine:

If doctors want to end life support — and patients and/or family refuse — doctors have the right to go to a hospital bioethics committee seeking permission to unilaterally withdraw the treatment.

The committee holds a behind-closed-doors hearing — without a formal record or right to appeal, i.e., no due process — in which the members listen to doctors, nurses, social workers (whom they know), and the patient’s family and potentially other witnesses (whom they don’t know).

If the committee decrees that the treatment will stop, patients have only ten days to transfer the patient to a willing caregiver.

If they can’t — which isn’t easy considering these are expensive patients to care for and can eat into a hospital’s bottom line — the wanted life support is withdrawn toward the end that the patient die.

Please pay attention to this point: The patient is not refused care that is failing. No, the treatment is withdrawn because it is working keeping the patient alive — when continued life is precisely what the doctors/bioethicists don’t want. In other words, strangers have the ultimate power to decide this most intimate of decisions instead of patients and families.

Texas governor Greg Abbott and the attorney general Bud Paxton have issued a statement in support of the parents on appeal and will file an amicus brief in the Court of Appeals.

Let’s assume that both parents and doctors are all acting in good faith and want the best for Tinslee. The bottom line here is who should have the final say in making such a crucial and ultimate decision? Parents who love their baby and have to be presumed — absent proof — that they have their child’s best interests at heart, or doctors/bioethicists who believe that their “quality of life” beliefs should trump even the decisions of parents?

I vote parents. The Texas law should be overturned in this appeal or repealed by the Texas Legislature.