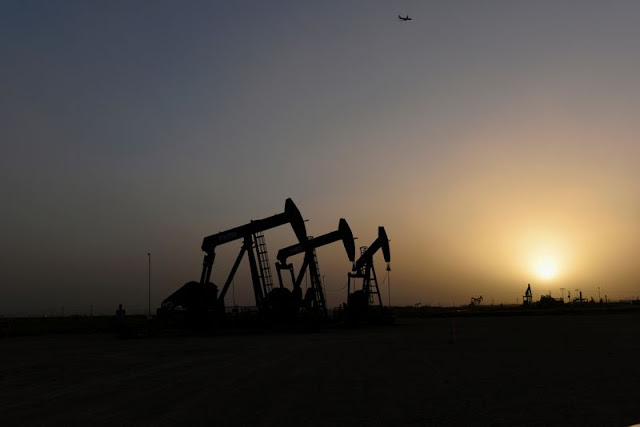 The global benchmark for crude oil rose above $70 a barrel on Monday, marking the first time it has reached that price in over three months, The Associated Press reported Monday.

The Brent contract for oil reached a high of $70.74 a barrel, according to the AP which, the highest price since mid-September when it spiked briefly following an attack on Saudi crude processing facilities.

The latest spike in prices follows a drone strike authorized by President Trump that killed the leader of Iran's elite Quds Force, Gen. Qassem Soleimani. Iran has vowed revenge for the attacks, while Trump has warned that he would strike back at Iran, including by hitting cultural sites, in the face of a response.

Hundreds of thousands of Iranians reportedly filled the streets of Tehran on Monday for Soleimani’s funeral, with many shouting “death to America” and “down with the USA,” according to multiple reports.

Fears of a prolonged U.S.-Iran military confrontation have been provoked amid the escalating tensions, with Tehran saying Sunday it would no longer abide by the terms of the international nuclear deal negotiated during the Obama administration.

Trump is also coming under criticism from Democrats in Congress for not notifying lawmakers in advance of the strikes. Speaker Nancy Pelosi (D-Calif.) said Sunday the House will vote on a resolution to limit Trump’s military action in Iran.