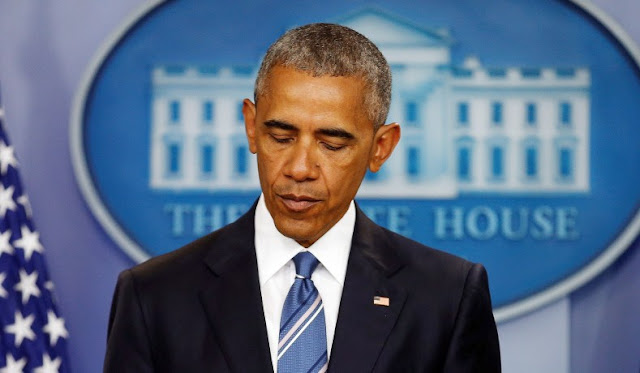 In his address to the nation this morning, Donald Trump asserted that the ballistic missiles that targeted the al-Assad and Erbil bases in Iraq yesterday were paid for using “funds made available by the last administration.” Few things irritate media fact checkers more than Trump’s accusation that Obama helped fund the Iranian regime and its terror apparatus. Probably because it’s completely true.

Now, we don’t really know that Obama’s ransom payments to Iran in 2016 subsidized those specific ballistic missiles, but we do know that money is fungible — especially when you have access to small denominations of European cash — and that the military, IRGC, and Hezbollah were the major beneficiaries of the replenished coffers of the Iranian state. Distinctions over the details of the exact allocation of funds would be completely irrelevant in any conversation not involving Donald Trump. Yet Andrea Mitchell and CNN, and all the usual suspects, immediately rallied to Obama’s defense to also explain that actually Trump is talking about money we owed Iran.

We never “owed” the Islamic Republic any money. This is a myth. In 2016, the United States was in the middle of an unresolved dispute in front of the Iran-U.S. Claims Tribunal at The Hague over cash advanced by the Shah for military equipment we refused to deliver after the 1979 revolution. You might recall, this is when Iran began prosecuting its war against the United States, taking hostages, and killing service members.

It is unlikely that U.S. would ultimately have been obligated to hand over a single deutschmark to the mullahs. For one thing, the U.S. had its own counterclaims over Iran’s many violations — which, in total, exceeded the amount supposedly “owed” to it. Obama, in his obsessive goal of placating Iran to procure a deal, unilaterally dismissed a stipulation held by the previous administration that the United States wouldn’t release funds until other court judgments held against Iran for its terrorist acts on American citizens were all resolved.

Let’s remember, until the Wall Street Journal reported that the administration had secretly airlifted $400 million in ransom payments for four Americans detained in Tehran — seven months after the fact — we were never informed about the cash transfers. And Obama never offered any legal justification or accounting for the billions he transferred. Nor did Obama ever explain the fiscal calculation of tacking on an extra $1.3 billion in interest payments. The president, in fact, risibly claimed that the agreement had saved “billions of dollars.”

Reporters like to point out that “$150 billion,” the amount Trump likes to claim Obama transferred to the Iranians, is almost surely the high-end estimate, or likely an exaggeration. But we don’t know for sure because institutional media didn’t mobilize its considerable resources to find out. If reporters had spent as much time talking about the ransom payments — or the 600 soldiers murdered by Iran — as they do fact checking Trump’s ransom assertions, the public would be a lot better informed.