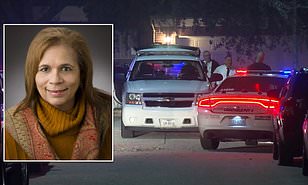 A 61-year-old Texas nurse was shot dead New Year’s Eve, with police attributing her death to celebratory gunfire, according to NBC News.

Philippa “Phil” Ashford, a nurse manager at Menninger Clinic, a Houston-area addiction treatment center, was pronounced dead after suffering a gunshot wound to the neck while she and family members were setting off fireworks in Laurel Oaks near Houston, according to the network.

Harris County Sheriff Ed Gonzalez said investigators believe she "may have been struck by celebratory gunfire from outside the immediate neighborhood.”

"Menninger will hold a memorial service to honor Philippa, whose loss as a talented professional and friend will be felt by all of us here at Menninger and across our local mental health community," Armando Colombo, the clinic's president and CEO said in a statement, according to NBC.

Ashford had spent more than 12 years working in the clinic’s program for mental health treatment and substance use detoxification for adults, with her specialties including community integration and motivational interviewing, according to the clinic.

She received the Texas Nurses Association District 9 Top 25 Outstanding Nurses Award in 2015 and was a member of the Sigma Theta Tau Nursing Honor Society and historically black sorority Zeta Phi Beta, according to NBC.