Hillary slams Bernie: 'Nobody likes him, nobody wants to work with him, he got nothing done' 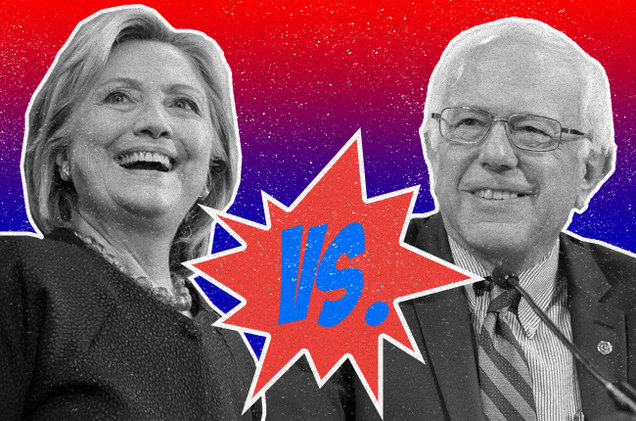 In an interview with The Hollywood Reporter published Tuesday, reporter Lacey Rose read a quote Clinton gave filmmakers for the as-yet-unreleased Hulu documentary exploring the 2016 campaign, in which Clinton targeted Sanders's Senate record.

"In the doc, you're brutally honest on Sanders: 'He was in Congress for years. He had one senator support him. Nobody likes him, nobody wants to work with him, he got nothing done. He was a career politician. It's all just baloney and I feel so bad that people got sucked into it,'" Rose said, quoting Clinton. "That assessment still hold?"

"Yes, it does," Clinton responded.

She later refused to confirm whether she would endorse or campaign for Sanders should he win the Democratic nomination this year.

"I'm not going to go there yet. We're still in a very vigorous primary season," Clinton said of a possible endorsement of his campaign.

"I will say, however, that it's not only him, it's the culture around him. It's his leadership team. It's his prominent supporters. It's his online Bernie Bros and their relentless attacks on lots of his competitors, particularly the women," she continued.

"And I really hope people are paying attention to that because it should be worrisome that he has permitted this culture — not only permitted, [he] seems to really be very much supporting it," Clinton concluded.

The remarks come after CNN reported earlier this month that sources said Sanders told Sen. Elizabeth Warren (Mass.), another Democratic White House hopeful, that he did not believe a woman could win the presidential election. The Vermont senator has denied ever making the statement.

They are by far the sharpest attacks Clinton has levied at her former rival, who has largely refrained from criticizing Clinton or other candidates directly in the 2020 primary.

Ranks of Sanders surrogates and online supporters, however, have relentlessly criticized the records of other 2020 Democrats and often Clinton herself.

Supporters of Clinton have frequently blamed attacks by Sanders and his supporters, frequently called "Bernie Bros" on social media by critics, for her eventual loss to President Trump in the 2016 general election.

Sanders and his allies, meanwhile, have pointed to numerous campaign events in which the senator appeared on Clinton's behalf following his primary defeat.

In response to Clinton's comments, Sanders said that his focus remained on defeating President Trump and the ongoing impeachment inquiry.