Harry and Meghan to give up royal titles, no longer receive money from royal family 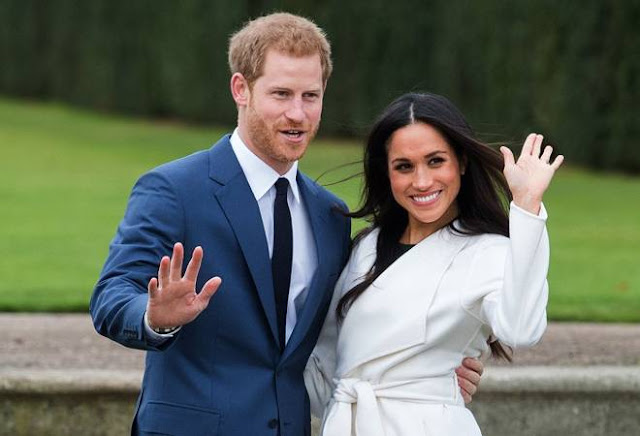 Prince Harry and Meghan Markle, the duke and duchess of Sussex, announced Saturday that they are forfeiting their royal duties and titles and cutting themselves off financially from the royal family.

The couple said they had reached an agreement with Queen Elizabeth as they work to step back from the royal family and balance their time between North America and the U.K.

“The Duke and Duchess of Sussex are grateful to Her Majesty and the Royal Family for their ongoing support as they embark on the next chapter of their lives,” Harry and Meghan said in a statement.

"As agreed in this new arrangement, they understand that they are required to step back from Royal duties, including official military appointments. They will no longer receive public funds for Royal duties," Buckingham Palace said in a statement.

"The Sussexes will not use their HRH titles as they are no longer working members of the Royal Family," the statement added.

The deal struck with the royal family will allow Harry and Meghan to maintain their private patronages and associations. While they accepted they can no longer formally represent the queen, they maintained they will “continue to uphold the values of Her Majesty.”

Prince Harry is sixth in line for the British throne.

Queen Elizabeth said she is “pleased” the parties were able to come to an agreement, saying Harry, Meghan and their son, Archie, “will always be much loved members of my family.”

“I recognise the challenges they have experienced as a result of intense scrutiny over the last two years and support their wish for a more independent life. I want to thank them for all their dedicated work across this country, the Commonwealth and beyond, and am particularly proud of how Meghan has so quickly become one of the family,” she said.

“It is my whole family’s hope that today’s agreement allows them to start building a happy and peaceful new life,” she added.

The deal is set to take effect in the spring.

The couple first announced earlier this month that they would distance themselves from the royal family to raise Archie, who is 8 months old, and launch a new “charitable entity.” While they have not clarified exactly where in North America they intend to live, they are expected to reside in Canada while away from the United Kingdom.

Harry and Meghan have faced off against the punishing glare of the United Kingdom’s tabloids since their 2018 marriage, refuting often racist claims and filing a lawsuit against Associated Newspapers over allegations that it published portions of a private letter Markle had written.