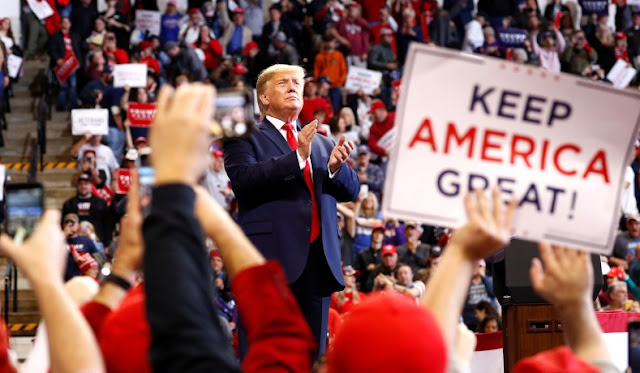 As if we needed further evidence of our divided country: Gallup’s latest poll shows that a majority, 51 percent to 46 percent, opposes removing President Trump from office.

The polls are as divided as America. A CNN-SSRS poll conducted shortly after Gallup’s survey has a majority favoring conviction, 51 percent to 45 percent. The CNN-SSRS poll was of registered voters. Gallup’s was of adults. The RealClearPolitics average of polls is a tie: 47 percent for removal, 47 percent against it. The FiveThirtyEight average has 49 percent supporting impeachment, and 46 percent opposing it.

So America is split. And perhaps a little confused. What’s remarkable is how stable this division and confusion is. The “Pro’s” have held a slight advantage in FiveThirtyEight’s calculations since October. The “No’s” have held the slightest of edges in the RealClearPolitics average since December. Throughout it all, President Trump’s approval rating has waxed and waned within the low- to mid-forties.

Gallup’s number is positive for Trump. The pollster has him at 44 percent job approval. “Trump’s recent job approval ratings — though below the historical average 53% for post-World War II presidents — are among the highest of his presidency,” writes Jeffrey M. Jones.

They are also above his average 40 percent approval during his term. “Trump’s job approval ratings are nowhere near as high as Clinton’s were during his impeachment saga, but they are among the best Trump has registered as president.” They are also right about where Barack Obama’s approval was as he kicked off his successful reelection campaign.