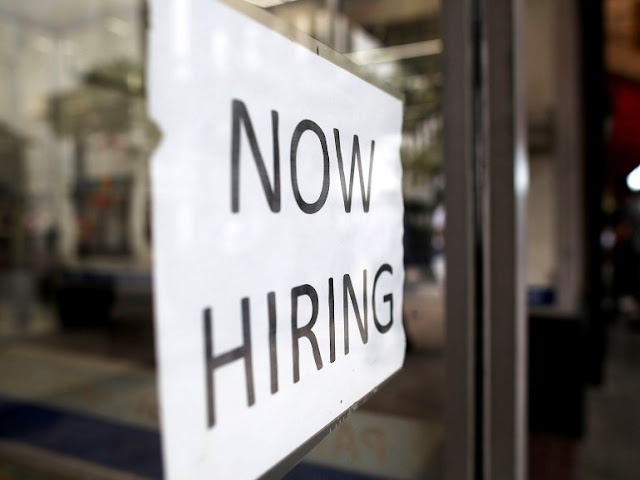 The U.S. economy added 145,000 jobs in December as the unemployment rate stayed steady, according to data released Friday by the Labor Department.

The December jobs report met economists’ expectations of a gain between 145,000 to 155,000 jobs as hiring slowed slightly from November. The unemployment rate was unchanged at 3.5 percent, the lowest level in nearly 50 years, while the labor force participation rate also stayed even at 63.2 percent.

December’s solid jobs gain capped off a treacherous but ultimately solid year for the U.S. labor market, which faced pressure from trade tensions, global economic risks and the aftermath of a burst of stimulus in 2018.

The unemployment rate fell from 3.9 percent in December 2018 to 3.5 percent in 2019, even as the pace of hiring slowed amid recession fears and President Trump’s escalating trade wars with China and the European Union.

Even so, wage growth was just a disappointing 2.9 percent annualized in December 2019 despite rising demand for U.S. workers. Both wage growth and inflation have remained far lower than what economists would expect in a country with record-low unemployment.