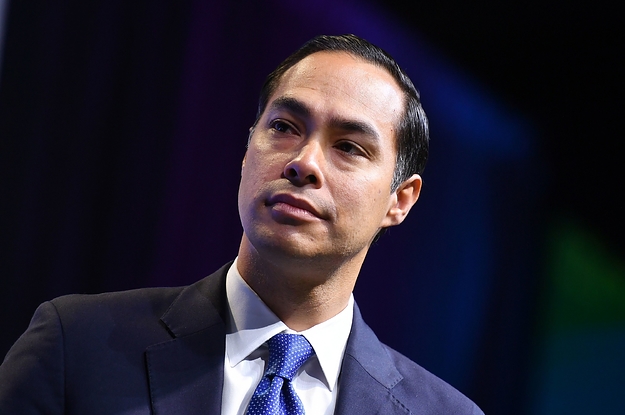 Former Housing and Urban Development Secretary Julián Castro ended his campaign for the 2020 Democratic presidential nomination on Thursday after struggling for a year to break through in the party's crowded primary field.

"Today, it’s with a heavy heart and profound gratitude that I will suspend my campaign for president," Castro said in a video message, conceding that it "simply isn't our time" to win the nomination.

Castro's decision was first reported by The New York Times.

Castro was seen as a rising star in the Democratic Party just four years ago, when Hillary Clinton eyed him as a potential running mate during her 2016 White House bid.

He eventually launched a presidential campaign of his own in January 2019. But despite his efforts to cast himself as an unabashed progressive, he found himself overshadowed by rival liberals like Sens. Bernie Sanders (I-Vt.) and Elizabeth Warren (D-Mass.), as well as by other young candidates like former South Bend, Ind., Mayor Pete Buttigieg.

He rarely broke 2 percent in national polls of the Democratic primary race, and his support in Iowa, which holds the critical first-in-the-nation caucuses, was just as low. In Nevada, the first state to vote with a significant Latino population and one that Castro had hoped would boost his prospects, polls haven’t showed him registering above 1 percent in months.

After qualifying for the first four Democratic presidential debates in 2019, he failed to make the cut for the party’s November and December forums, and appeared almost certain to miss the next debate on Jan. 14.

Castro’s exit is also likely to spark further debate among Democrats over the diversity of its presidential field. He was the only Latino in the presidential race, and his decision to suspend his campaign came almost exactly a month after Sen. Kamala Harris (D-Calif.), one of the few candidates of color in the primary race, ended her White House bid.

In the days before the most recent Democratic debate last month, Castro joined eight of his rivals in signing onto a letter urging the Democratic National Committee to lower the qualifying thresholds for the debates in January and February, arguing that the current criteria had excluded minority candidates.

Castro did not make his next steps clear on Thursday, though he said that he was “not done fighting.” He may still prove to be a valuable surrogate or running mate for one of the other candidates in the race, especially given the Democratic Party’s efforts to court Latino voters in 2020.