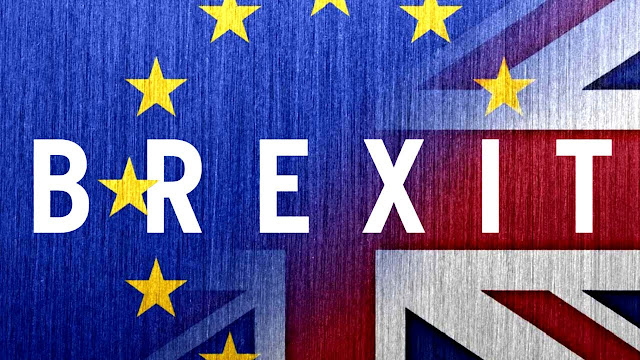 At 11 p.m. tonight London time, Britain will cease to be a member of the European Union. Three and a half years of indecision, incompetence, and stonewalling will finally end the way it always should have, with the implementation of the mandate of a majority of British voters. It is a cause for some celebration, but also for some reflection, and for a steeling of the nerves as to what is to come.

The main cause for celebration is that British institutions have been saved. This was, to my mind, always the primary reason for Brexit, as I wrote here on the eve of the vote. They have been weakened over the past few decades, as I mentioned, but the impetus to Europeanize British institutions will end. One would hope that this will go hand in hand with a restoration of the traditional approach to the judiciary, and in particular the abolition of the very un-British institution of a Supreme Court.

A second cause for celebration is that Britain has beaten the heretofore unfailing European Union tactic of forcing a dissenting country from voting again on an issue. Ireland, the Netherlands, even France, had been forced to hold second referenda after a democratic rejection of an EU proposal. These “neverenda” served to confirm that the EU project was a ratchet that only ever went in one direction. If there was ever going to be one country that could stand up to that pressure, it was Britain — and for a while it looked like even it might succumb. In the end, however, the strength of British institutions won out and the matter was solved the way it was supposed to be, with a general election.

The final main cause for celebration is that the foremost reason for the mandate, to regain control of laws and regulations, looks like it is also being honored. For instance, Michael Gove, the de facto Deputy Prime Minister, was today very clear that when it comes to fisheries, Britain would retain control and not seek to cede sovereignty as a bargaining chip in a trade deal. The EU will doubtless attempt to twist arms on issues like this, but it appears that the current government has made its mind up and that, if push comes to shove (as it often does when the EU is throwing its weight around), it will follow Churchill’s advice: “Each time we must choose between Europe and the open sea, we shall always choose the open sea.”

Yet today should also be a cause for reflection. After Britain joined what it then called “the common market,” it took a leading role in developing that market into what we now know as the European Economic Area (which is actually separate from the European Union — there is even an argument that Britain remains a member despite withdrawing from the EU). This was a purely economic association that was developed along Thatcherite lines. It played an extremely important role in the liberalization of western European economies and the de-Sovietization of eastern Europe.

However, at some point Britain allowed that economic project to be merged with the political project of European Union. The tipping point in this process was probably the Maastricht Treaty, forced through Parliament by the skin of John Major’s teeth, but the momentum started gathering with the Single European Act of 1987, which abolished the national veto against “harmonization” (the process by which regulation was imposed rather than negotiated). European Commission president Jacques Delors used this to promote “social” harmonization through the imposition of labor regulation. As an official in Margaret Thatcher’s government of the time said of her realization that Europe was changing, “She feared that the removal of non-tariff barriers to trade was being exploited to establish regulatory control at supranational level.”

So it proved. The internal civil war over Europe in the Conservative Party led to Thatcher’s downfall, Major’s acquiescence to Maastricht, and over eighteen years of Blairism-Cameronism. It has only been settled with the drastic solution of leaving the EU. If a less rigid ideologue than Delors had been in charge in the late ’90s, and a better successor to Thatcher had led the Conservative Party, perhaps the European Community would have evolved in a different way and Britain would still be a member.

Finally, we must realize that this is only the end of the beginning (Churchill quotes always spring to mind when Europe is the question). The future relationship of Britain with Europe is just one aspect of the realm’s future direction. Mike Pompeo yesterday said he hoped a U.S.-U.K. trade deal could be done this year (and if he wants a draft deal, we have one for him). A CANZUK deal will also have to be high on Boris’s agenda, as will deals with South Korea and Japan. Given the way trade deals are going, however, Britain’s negotiators will have to be on top form to ensure that the country doesn’t end up with higher prices and fewer jobs (they could avoid the higher prices part, at least, by going for unilateral free trade). In particular, there will be demands, especially from the EU, for trading away of sovereignty.

Yet it is in domestic policy that perhaps the biggest questions loom. Thatcherite Brexiteers appear to have been frustrated in their hopes that Boris would turn Britain into Singapore-on-Thames. Instead, Boris appears to be taking the U.K. in the direction of a state managed by industrial policy along the lines of South Korea. If there is any libertarianism involved, it is what Tyler Cowen calls “state capacity libertarianism.” It could be the sort of “liberal” state that Liberal Unionists like Joseph Chamberlain always wanted.

In that respect, as Steven Davies of the Institute of Economic Affairs has remarked, this should be a tremendous opportunity for the British left. As he says, old-style Labour Euroskeptics like Peter Shore or Tony Benn would have been gleeful at the prospect, and perhaps we should consider this their victory rather than Margaret Thatcher’s. Thankfully, the Labour Party is in such disarray that it looks like missing the opportunity.

I shall be cracking one open to celebrate tonight, but Britain has a long road to hoe. In many ways today is like the end of the Constitutional Convention when Mrs. Powel asked Ben Franklin what they had. His famous response was “A Republic, if you can keep it.” Britons once again have a free and sovereign realm. Let’s see if they can keep it.