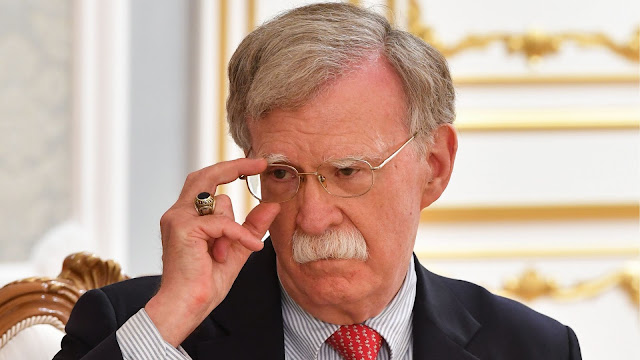 Former national security adviser John Bolton’s claim in an unpublished manuscript that President Trump told him he wanted to hold military assistance to Ukraine to get officials there to investigate former Vice President Joe Biden has sharpened a rift within the Senate GOP over trial strategy.

Yet GOP leaders and other rank-and-file Republican senators are questioning Bolton’s motivations and dismissing the reported claims of his book draft as adding little to the case against the president.

Senate Majority Leader Mitch McConnell (R-Ky.), at a Republican conference lunch meeting Monday, urged his colleagues to hold off on making a quick judgment on the need for witnesses in the wake of news reports on Bolton’s claims.

Romney told reporters Monday morning “it’s increasingly likely that other Republicans will join those of us who think we should hear from John Bolton.”

Collins, another key moderate, said “reports about John Bolton’s book strengthens the case for witnesses and have prompted a number of conversations among my colleagues.”

But those two GOP senators had already indicated they would vote for a motion this week to begin debate on subpoenaing additional witnesses and documents.

McConnell on Monday cautioned his other fellow Republicans to hold off.

He and other GOP leaders warn that issuing subpoenas for Bolton, acting White House chief of staff Mick Mulvaney and other witnesses being demanded by Democrats, could extend the trial indefinitely.

The GOP leader reminded colleagues at a closed-door meeting in the Mansfield Room that they don’t need to decide the need for witnesses now because they have already voted for an organizing resolution for the trial that sets up a debate on that question after both sides have presented their opening arguments and senators have had 16 hours to ask questions.

Sen. Kevin Cramer (R-N.D.), who attended the lunch, said McConnell gave senators “the wisest counsel” by telling them “remember we passed a rules package that gives us an opportunity to vote on this very issue of witnesses after we hear both sides and ask our questions.

“It seemed wise at the time and it seems even wiser now,” Cramer said.

In other words, keep your powder dry.

“He just reiterated that a couple times as did some other people just to remind us that we have dealt with this and we don’t have to deal with the next step of it until the end of phase one,” Cramer added.

Murkowski and Alexander said they were going to stick with their timelines, which is to wait until phase one of the trial is over before deciding on the need for new subpoenas.

Murkowski said in a tweet Monday afternoon “there is an appropriate time for us to evaluate whether we need additional information,” adding “that time is almost here” while Alexander highlighted his effort to ensure a vote on witnesses by week’s end.

"I worked with my colleagues to make sure we have a chance after we've heard the arguments, after we've asked our questions to decide if we need additional evidence and I'll decide that at that time," he said.

Republican leaders spent much of Monday downplaying Bolton’s claim in hopes of keeping the call for witnesses within their conference to two Republican senators.

“To me the facts of the case remain the same. There is nothing new here to what the House managers have been saying,” Senate Republican Conference Chairman John Barrasso (Wyo.) told reporters Monday.

Sen. John Cornyn (R-Texas), an adviser to the GOP leadership, said he was suspicious of the motives behind the leak given that Bolton is trying to sell a book.

“It seems awfully manipulated, the whole sequence,” he said.

Sen. Mike Braun (R-Ind.) said Bolton’s manuscript “added some fuel to the fire” but doesn’t change Republicans’ view that the impeachment effort is fundamentally driven by political motives and would interfere with the voters' choice in 2016 and ability to choose in the next election.

“I think what it’s done is take an already hot topic and added some fuel to the fire,” he said.

“For me, from a place like Indiana, it still goes back to the origination of how this occurred: Wanting to malign the president from before he was even inaugurated,” Braun said.

Cramer warned that voting for a motion to consider additional witnesses and information could turn the trial into a fishing expedition.

“I just hate to start going down that path,” he said. “My concern is if the Senate becomes the House managers favorite fishing pond, when do you stop pulling fish out?”

“Given how weak the argument is, I don’t see why we should let that happen. If it does happen then I’m afraid ... it could become a very open-ended situation,” he added.

Sen. Mike Rounds (R-S.D.), emerging from the GOP lunch, said Bolton’s reported claim doesn’t appear to have shifted the landscape much within his conference.

Rounds said GOP colleagues don’t think Bolton would “change the focus” of the House managers’ argument but acknowledged “the question is whether or not he would be a material witness to anything that was necessary.”