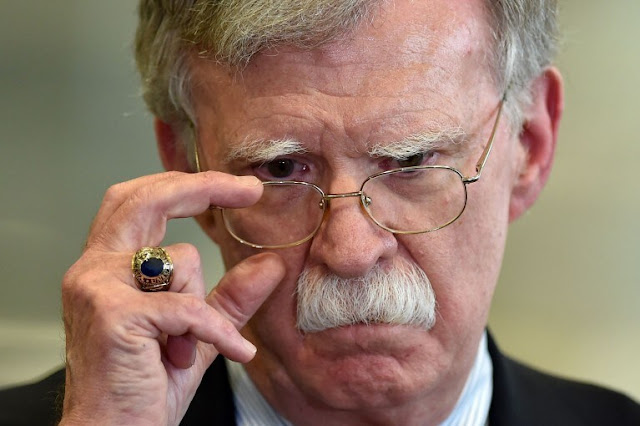 Senate Majority Leader Mitch McConnell (R-Ky.) is prepared to get Senate Republicans to unilaterally pass a resolution setting the rules for President Trump’s impeachment trial despite John Bolton’s statement Monday saying he would testify under subpoena.

Senate Minority Leader Charles Schumer (D-N.Y.) on Monday said in a statement that Republicans would be “participating in a cover up” if they continue to oppose subpoenas, noting that “Mr. Bolton’s lawyers have stated he has new relevant information to share.”

Speaker Nancy Pelosi (D-Calif.) said in a tweet responding to news of Bolton’s willingness to testify that Trump and McConnell had “run out of excuses” and “must allow key witnesses to testify and produce documents Trump has blocked.”

One key Republican, Sen. Mitt Romney (Utah), said he wanted to hear from Bolton about “what he knows.”

But there’s no sign yet that any of this will change McConnell’s calculus.

The GOP leader has repeatedly signaled he wants to follow the precedent set in 1999, when the Senate voted unanimously to begin then-President Clinton’s impeachment trial without requiring additional witnesses.

McConnell said Monday that the Senate should not change course based on daily developments.

“The Senate does not bob along on the current of every news cycle,” he said on the Senate floor.

“In 1999, every single U.S. senator agreed to establish basic parameters for the start of the trial up front, and we reserved mid-trial questions such as witnesses until later. The vote was 100-0,” McConnell argued, sticking firmly to the position he has held in recent weeks.

Sen. John Cornyn (R-Texas), one of McConnell’s advisers, said McConnell has reached out to various members of his conference during the holiday break to gauge where they stood on voting for a rules package that simply sets up opening arguments by the House managers and the president’s defense team and  provides time for senators to ask questions.

McConnell told reporters last month that if he couldn’t reach a deal with Schumer, he would go to his own conference and ask, “Can 51 of us agree how we’re going to handle this?”

Cornyn said that discussion could take place as early as Tuesday during the Senate GOP lunch.

“I suspect we’ll probably have a chance to talk about that now that we’re back in session. Probably tomorrow at lunchtime would be the most logical time to revisit that,” Cornyn said.

McConnell is unlikely to hold any vote until Pelosi sends the articles of impeachment to the Senate, said several GOP sources.

Other Republicans are sticking with McConnell’s view that additional witnesses are not needed at the trial.

Sen. Thom Tillis (R-N.C.), who is up for reelection this year, said Monday he will likely vote against calling additional witnesses.

Sen. Susan Collins (R-Maine), who is also up for reelection, said the Senate should follow the 1999 Clinton precedent.

Senate Rules Committee Chairman Roy Blunt (R-Mo.) said Bolton’s statement did not change his mind that the Senate should stick with the Clinton precedent backed by McConnell.

He said it would be preferable if all 100 senators adopted the organizing resolution once they are sworn in as jurors, but that if Democrats oppose it Republicans would rely on votes from their own conference.

Schumer on Monday tried to drive a wedge between McConnell and more moderate members of his GOP conference by vowing to force votes on witnesses and documents, conceding that reaching a deal with McConnell is a long shot.

“At the moment, there is a very clear difference between the Republican leader and myself about what it means to have a fair trial,” Schumer acknowledged.

“He doesn’t want a fair trial. He wants a quick and sham trial. Now it’s up to every senator — every senator will have a say in deciding which of the two views wins out. Will we have a fair trial or a cover-up?”

Some Senate Republicans say they are open to having Bolton or other witnesses testify later in the trial, but they are backing up McConnell’s preference to follow the Clinton precedent.

Cornyn on Monday said he has “no objection” to Bolton “testifying by deposition or some pre-recorded testimony.” He argued that Bolton’s testimony could wind up helping Trump.

Asked later if he would vote to call Bolton to testify, Cornyn said, “I’d keep an open mind.”

But he says the time to consider the question is after the opening arguments have been made by both sides.

Romney said “of course” he would like to hear what Bolton has to say but stopped short of pledging to vote for a subpoena, explaining he wants to know more about the process.

“I would like to be able to hear from John Bolton. What the process is to make that happen, I don’t have an answer for you,” Romney later added.

Bolton’s lawyer, Charles Cooper, tantalized Democrats in November when he revealed that his client was “personally involved in many of the events, meetings and conversations” related to the decision to delay military aid to Ukraine, which is at the core of the House impeachment case.

Cooper said Bolton has knowledge of “many relevant meetings and conversations that have not yet been discussed.”

The House Intelligence Committee, which led the investigation of Trump in the lower chamber’s impeachment inquiry, decided not to subpoena Bolton after his lawyer threatened to challenge it in court, which could have delayed the proceedings for weeks or months.

Schumer and Senate Democrats have so far focused their pressure campaign on three other witnesses in addition to Bolton with possible knowledge of Trump’s actions related to Ukraine: acting White House chief of staff Mick Mulvaney; Robert Blair, a senior adviser to Mulvaney; and Michael Duffey, the associate director for national security at the Office of Management and Budget.